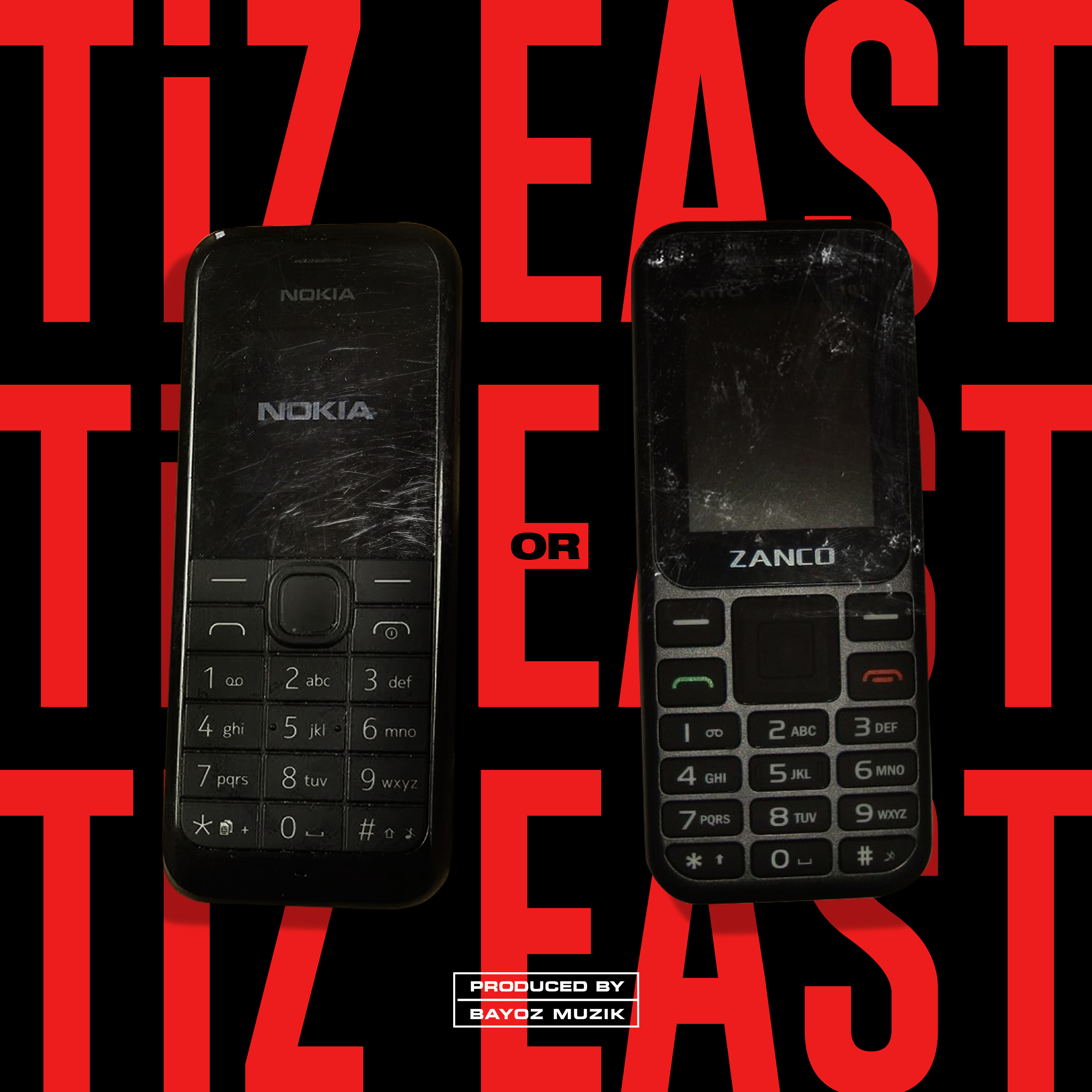 TiZ EAST hails from Newham, East London. The 22 year old started rapping in the school playground alongside many of his peers.
He was in the same class as Yxng Bane and J-Hus also attended the same school.

TiZ has an Afro Vibe to his delivery, which could derive from growing up in a Nigerian household where Afrobeat was heavily consumed, and, living in one of London’s most diverse Boroughs.

When asked about his method for writing, his reply was “I hear a beat and I wrap my words and experiences around it”.

‘Nokia Or Zanco' is a bouncy release produced by the legendary producer Bayoz Muzik responsible for hits such as 'The Baddest' & 'Look What The Cat Dragged In'.

The Freestyle, accompanied with a catchy false hook at the end allows TiZ to display his lyrical ability and his skippy flow, while he gets around the city completing his daily tasks!

The visuals for ‘Nokia Or Zanco’ were shot by Myles Suave, a Nigerian director who is well renowned for some of the best visuals in the UK today.