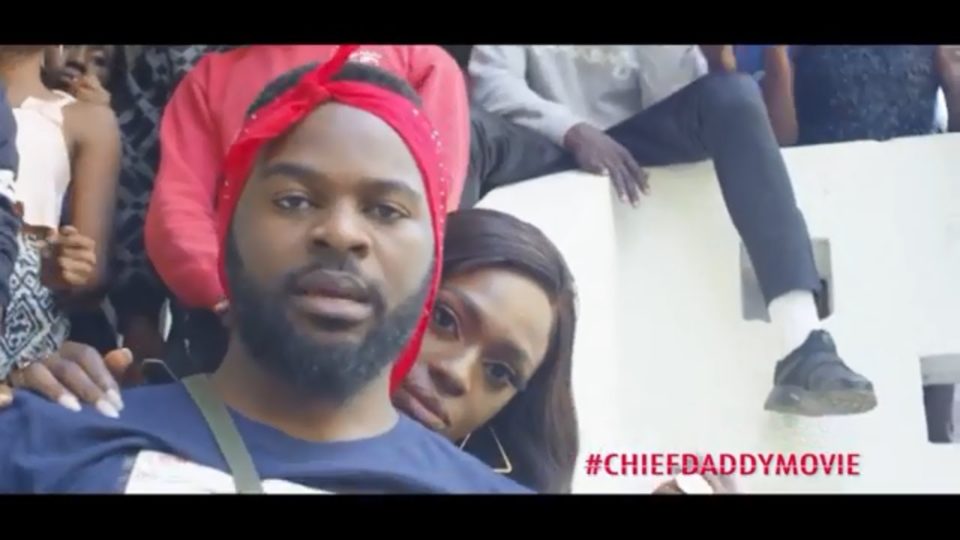 Rapper, actor and entertainer, Falz, has released a music video for his new song “Famzy Anthem” which he performs as his character, AK Famzy, in the new movie, Chief Daddy. Known for his many personas, Falzunleashes a new one with this novelty song with lyrics that are catchy and incredibly comical.

Inspired by grime music in the UK, Falz as Famzy, performs this song with an urban British accentwith ‘street attitude’. The music video is also shot in the same grime style, which includes a street location with the artiste surrounded by his ‘man-dem’. Featured in this video is Beverly Osu playing the character of  Famzy’s girlfriend. The video captures hilarious scenes from the movie,showing the star-studded cast as the characters they assume.