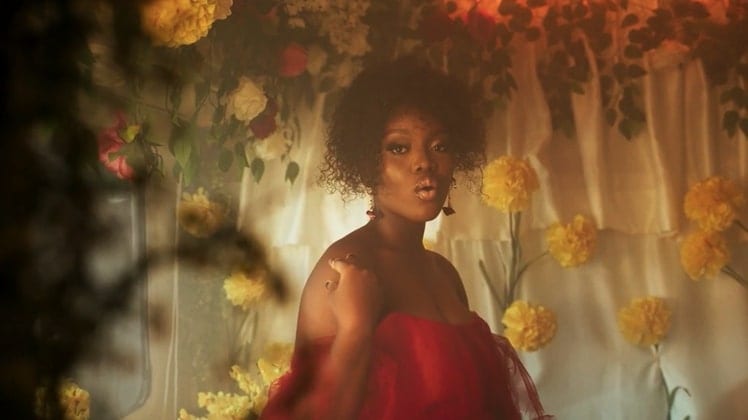 The music video release is hot on the heels of an official deal with Sony Music which includes South and East Africa and also the UK via RCA. Gyakie’s “Forever Remix” launched only a week ago but has so far been met with very positive reviews and commercial acclaim. Not only did the remix debut in 21 countries around the world, but it also peaked at #1 in Ghana and caused some disruption across digital streaming and social media platforms whilst still enjoying generous spins on radio.

Acclaimed video director, Dammy Twitch (whose impressive resume includes the likes of Davido, Focalistic, Burna Boy) hones credit for directing the music video. He spotlights Gyakie in her doting element as she brings to life and on-screen, the musical chemistry shared with Omah Lay on this hit record. In a little over three minutes, we see her juggle the role of queen-pin, fashionista, performer and sweetheart in an imagined love tale brought to visual reality from locations set-up in Lagos, Nigeria.

Gyakie has now been confirmed by Apple Music as the cover for Africa Now playlist launching tomorrow. While she continues her journey to taking over, she’s assured fans that she will not be resting her oars anytime soon; and her promise is simple – to keep doing it one music release at a time.