Chelsea continued their unbeaten run in the Premier League as they beat Tottenham at the White Hart Lane. The Blues scored both goals of the game in the second half of the game. 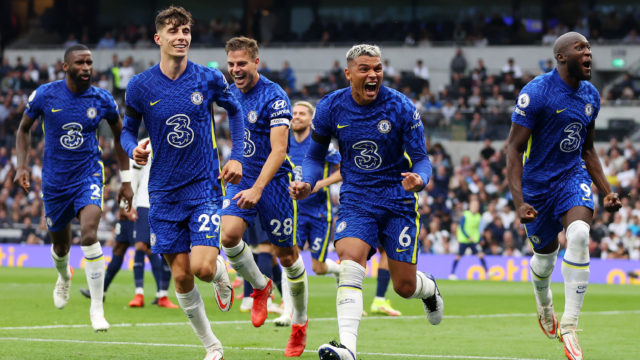 READ ALSO: HULK ANNOUNCES NIECE IS PREGNANT WITH HIS CHILD

The first minutes of the game gave little excitement as both teams were cautious, not wanting to create any error in defense. Tottenham had more of the possession but failed to take advantage of those half chances that were created. It ended goalless at the end of the first half of the London Derby.

Chelsea started the second half with more intent and that pressure paid off on the 50th minute when Thiago Silva connected to a corner kick from Marcos Alonso. The Blues almost had a second goal a few minutes later, but Eric Dier was on the line to block Alonso’s ball from going in.

N’Golo Kante, for his first goal for Chelsea on the 57th minute as his shot, was deflected from Dier, who ensured the ball beat his Lloris in goal. It turned from bad to worse for the home team as Antonio Rudiger scored in the 92nd minute of the game. Chelsea won the game 3-0 at the end of the game.