It was the perfect start that was wanted by Cristiano Ronaldo, the fans, and the board members at the club. The Portuguese has been the center of attraction at the club since he signed for the Red Devils from Juventus on the last day of the summer transfer window. 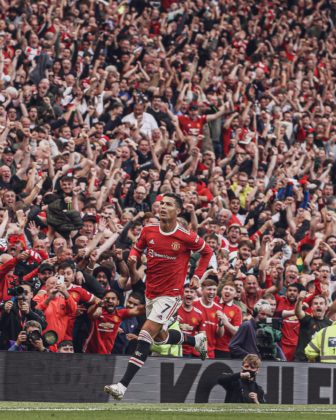 The 36-year-old scored a brace in the game against Newcastle on his second debut for the Red Devils. The goals took his goal tally against the Magpies to seven. Aston Villa is the only Premier League he has scored more goals against.

Ronaldo, who was speaking after the game at Old Trafford, believes the team needs to put in a lot of hard work going into the season.

He also said, he believes the team can win the Premier League and the Champions League, but it will take winning games and having confidence, and showing maturity as the season goes on.

Ronaldo coming into this game has scored 676 goals has 229 assists in 897 games. Manchester United signed the attacker from Juventus. Ronaldo is the only player to emerge as the highest goal scorer in Spain, Italy, and England.

Cristiano Ronaldo: "The team needs to be mature if it wants to win the Premier League and Champions League." #mulive [@footballdaily] pic.twitter.com/pFMvvkgEoK