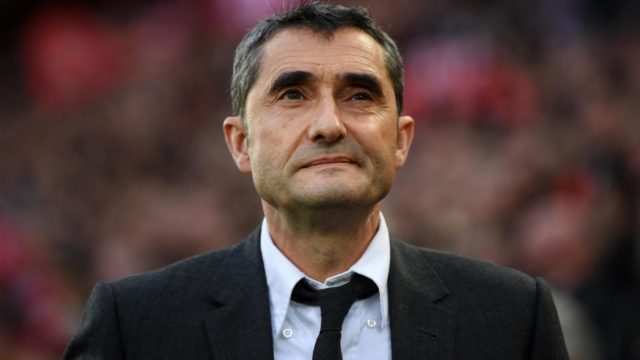 English Premier League side Manchester United have reportedly had a meeting with Ernesto Valverde as regards making him their interim coach following the exit of Ole Gunnar Solskjaer.

The Red Devils, who axed Solskjaer following a humiliating 4-1 defeat to Watford, have been searching for a new manager since then. According to GOAL, Manchester United have spoken to former Barcelona coach Ernesto Valverde after French football giants Paris Saint-Germain rejected their initial bid to secure the services of team coach Mauricio Pochettino.

Pochettino, the current PSG manager and former Tottenham Hotspur manager, was Manchester United's first choice, but it is understood that PSG is unwilling to let their gaffer return to the English Premier League.

Against that backdrop, reports claim that Manchester United have moved towards Valverde in order to secure his services as an interim coach.

Former Manchester United player Micheal Carrick is currently the caretaker manager of the Red Devils, guiding the team to a 2-0 Champions League win against Villareal yesterday, November 23rd 2021, thanks to goals from Cristiano Ronaldo and Jadon Sancho.