The Egyptian Football Association has announced Carlos Queiroz as its new coach of the Men's football team. They took this decision after the sacking of Hossan El Badry on Sunday, September 5th, 2021, following the Pharaoh's 1-1 draw with Gabon in a FIFA World Cup qualifying match. 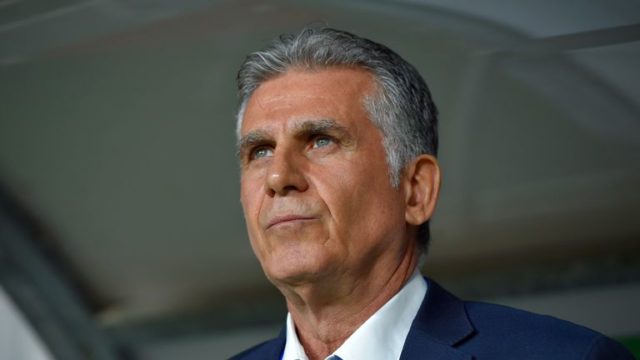 The news of the appointment was announced on the official Twitter account of the Egyptian FA on Wednesday, September 8th, 2021. It was confirmed that Carlos will be the head coach of the team and other assistants who will ensure he has a smooth run in managing the football team will join him. 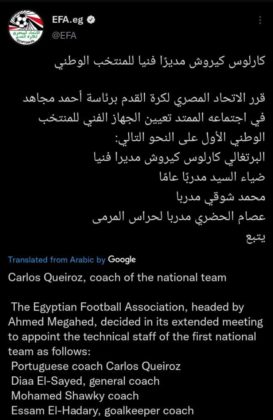 The Portuguese is coming with a lot of experience in taking charge of the Egyptian national team. Carlos has previously coached Portugal on two occasions, the United Arab Emirates, South Africa, Iran, and Colombia.

The 68-year-old has also coached Sporting Lisbon in Portugal and Real Madrid. He was also assistant to Sir Alex Ferguson at Manchester United for five seasons.