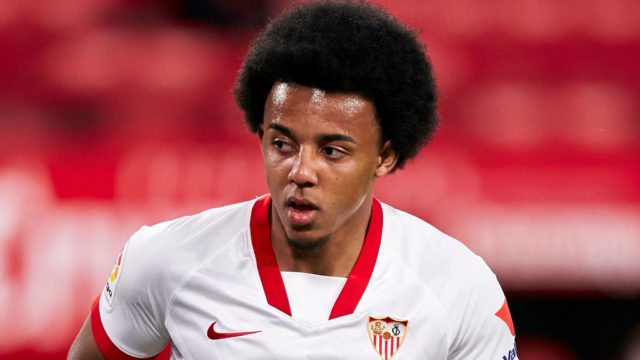 Kounde was on the radar of Manchester City last season when the Etihad club wanted to strengthen their defense but signed Aymeric Laporte from Athletic Bilbao.

According to Fabrizio, Chelsea has opened official talks with Sevilla for Jules Kounde. He is the primary target for Chelsea in the center’s position-back. 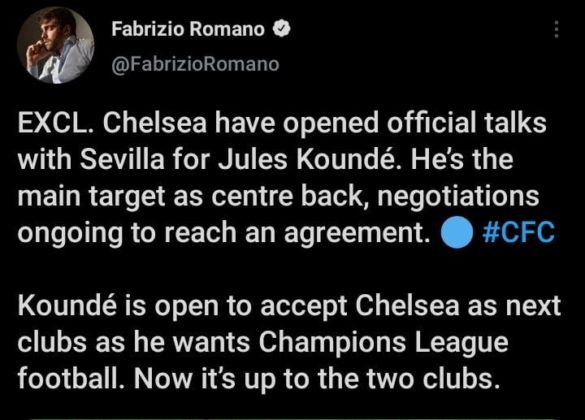 The Blues are looking to strengthen their defense going into the 2021/22 season, especially with age not been on the side of center back Thiago Silva, the 35-year-old Brazilian might be prone to injury, he also might not give 90 minutes of football every week. Chelsea will want an excellent addition to the trio of Rudiger, Christensen, and Zouma.

Kounde is a versatile defender as he can also play at the right side of the defense, just in case there is a call for a Right back in a football game.

The French defender signed a five-year deal with the La Liga side in 2019/2020 season from Ligue 1 side Bordeaux. Kounde still has three years left on his contract.

Kounde helped Sevilla qualify for the Champions League last season and was also part of the French team that participated at the just concluded Euro 2020.