Penthauze Music rapper, Superboy Cheque has revealed that he has a baby coming, as he shared new photos of himself after shopping for baby things.

Superboy Cheque shared the photos of himself with baby things via his Instagram page on Monday, the 19th of July 2021. He revealed that the delivery date is this week, as said by the doctor. 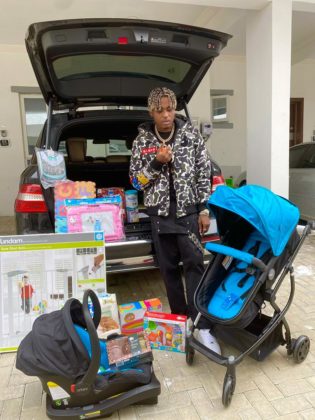 Cheque posing with the baby things

Superboy Cheque who does afro-trap music is the singer of the hit song, Zoom which got the attention of Davido who featured on the remix with American rapper, Wale. Zoom is one of the songs off his debut EP, Razor. On posting photos of himself with baby things, Superboy Cheque wrote; 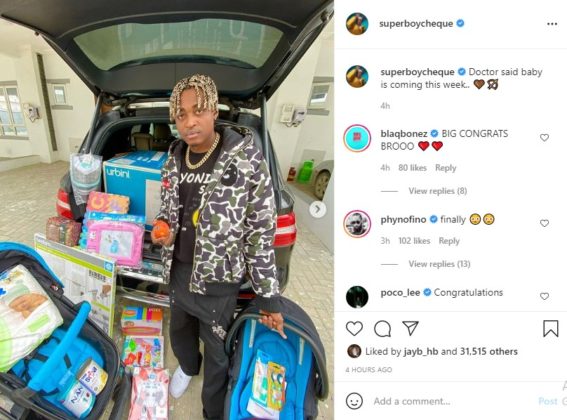 Cheque has also solidified his place as one of the best newcomers to the music scene, proving he is not a one-hit-wonder with his Fireboy DML-assisted single, History.