British singer, Jorja Smith released a new single today titled All of This, and South African music fans are not happy because she called the sound "piano".

"Piano" is short for Amapiano and the fans from South Africa felt Jorja Smith's new single did not have an element of that. They also wondered why she did not have any south African act contributing if she really wanted a "piano" song. 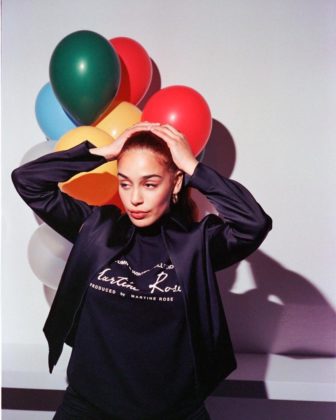 Jorja announced the release of her new single, All of This via her Instagram page on Friday, the 6th of August 2021. She wrote, "Piano to the world
All of This out now @guiltybeatz".

Jorja Smith's new single is best described as an upbeat track featuring bitter lyrics, akin to a breakup song. As the singer croons on the song;

Where did your fate go? Was I just to fall on my own?/ If this room was full of lies, is that how you fooled me with love?/ I see how you changed me, I know what you said/ It don’t make me hate you/ I wish that it did

READ ALSO: Jorja Smith Shares New Single With GuiltyBeatz "All of This" | WATCH

However, music fans in South Africa took offense with a foreigner like Jorja Smith trying to use their sound without having any of their artists contribute to it. Twitter user @foyin_og said;

stop trying to make amapiano without south africans. the commodification of the genre is diluting it

SA rapper, Cassper Nyovest tried to make the best out of the situation by saying;

A touch from Kabza De Small ,De Mthuda or Abidoza woulda sent this through the roof. Vocals are fire doe! Piano to the world!!!! 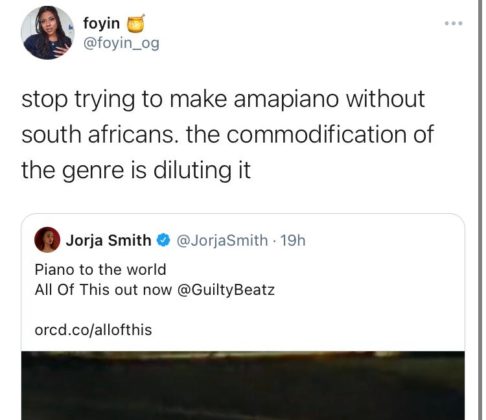 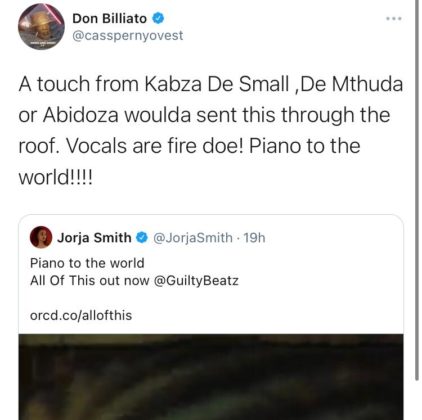 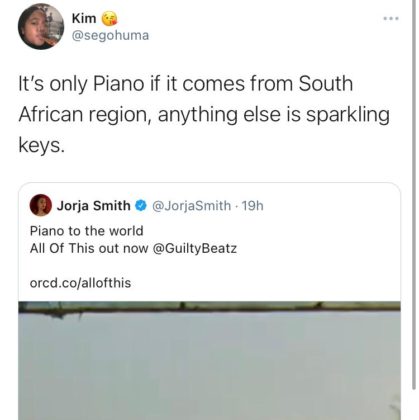 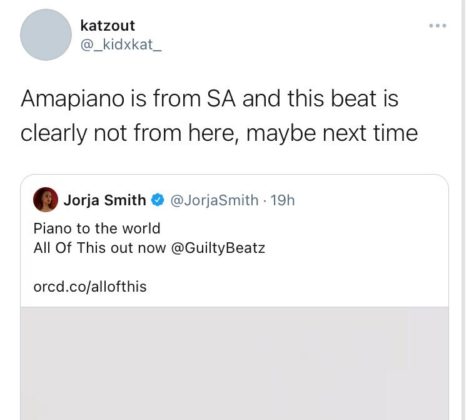 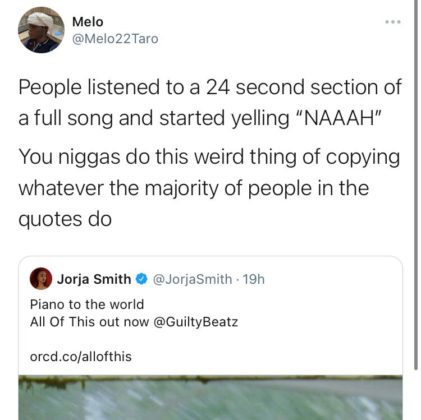 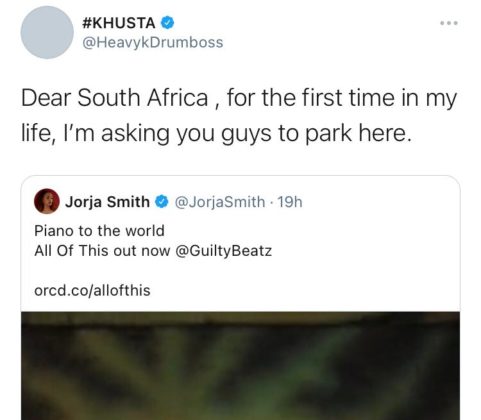 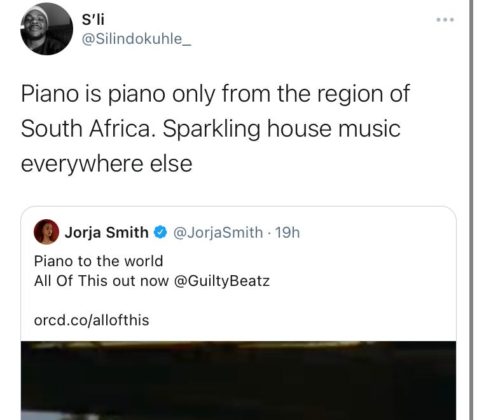