Nigerian rapper, Zlatan Ibile has released his highly anticipated second studio album, Resan and the reactions show that his fans are feeling it.

Zlatan released his sophomore album, Resan with features from Davido, Flavour, Phyno and a host of others and we have the reactions for you. The album was released on Friday, the 5th of November 2021. 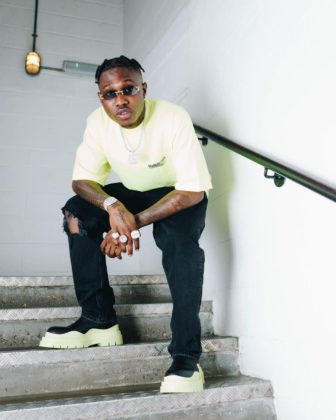 Energetic singer, rapper and songwriter Zlatan has finally answered the call of his fans as he shares his second studio album. Apparently, the LP consists of 12 beautiful songs and it features Davido, Flavour, Phyno, Bella Shmurda, Buju, Ms Banks, Rayvanny, and South Africa's Sho Madjozi. The project also was touched by some quality music producers, gifted beatmaker P.Prime takes the lead, producing 3 tracks. Spellz, Rexxie, Willis, Steph, T-Keys, Niphkeys, Solshyn, and Chechi are the other producers on the project.

The second studio album from Zlatan, Resan drew mixed reactions from the listeners who shared their views on social media. Some set of fans enjoyed the album and commended the rapper, especially for the features on the project. One notable feature from the album that got glowing reactions was the Davido-assisted Money. 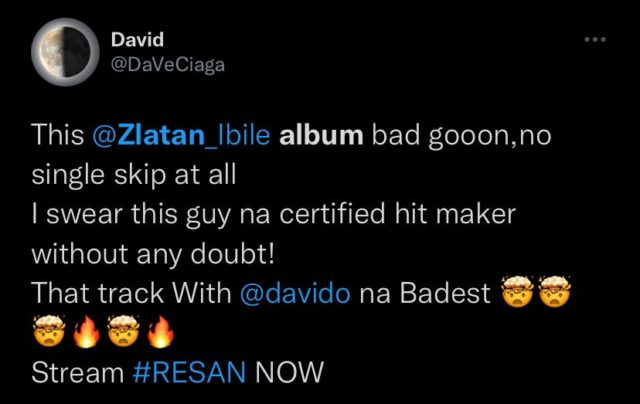 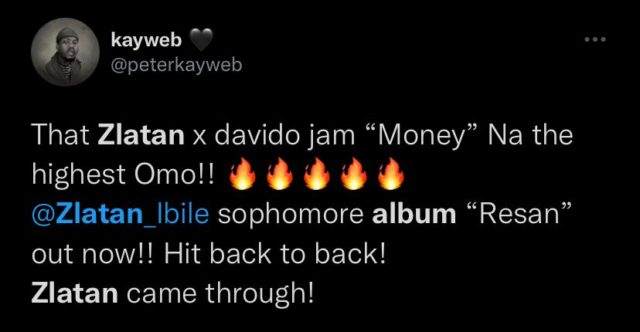