New housemate on BBNaija Season 6, JayPaul has revealed that he narrowly missed out on being part of the competition last year tagged Lockdown.

While speaking to his new fellow BBNaija housemates, JayPaul revealed that he was 45 minutes away from being in the Lockdown edition. The singer revealed that he had auditioned for four editions of the show in total and last year was the most dramatic. 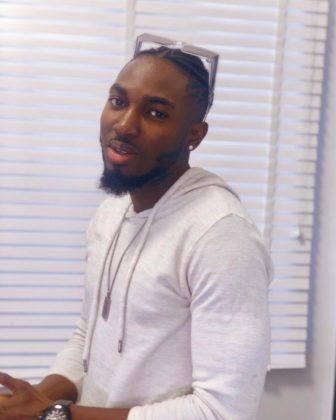 JayPaul further revealed that all he had to do was to come on stage during the opening ceremony last year but instead found himself heading back to his hotel. According to him, he was devastated and couldn’t process what had happened for hours. Introducing himself to his fellow housemates, JayPaul said;

I’ve auditioned for Big Brother, this is my fourth time. But last year was the most dramatic. I was 45 minutes away from being in the house, and I found myself heading back to the hotel. I was dressed, everything. I’m sure my bags were inside the house. Just to come on stage, and I was heading back to the hotel. I can’t really say but they felt bad too because a lot of things happened. It was one of the worst moments in my life. Till 4am in the morning, I was on my bed, in my suit. That’s to tell you the shock

Although JayPaul missed out on the Lockdown edition of BBNaija last year, he now has a second chance at stardom in this year’s show. The Cross Rivers state boy is a singer who describes himself as a “social butterfly” who “belongs to nobody and belongs to everybody.”