Reactions are trailing Tiwa Savage and Seyi Shay's latest clash where they were seen at a hair salon trying to resolve issues that are not yet privy to the public. 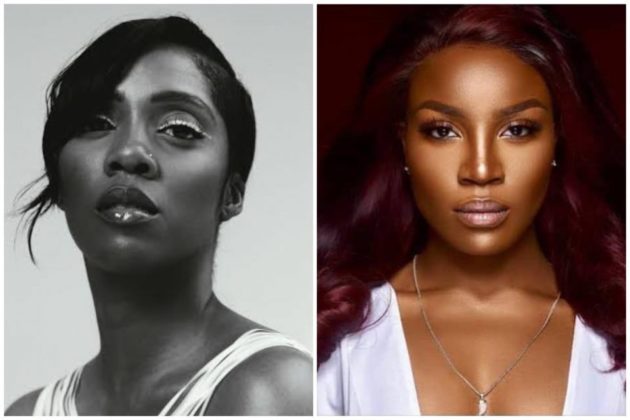 In a recent video that surfaced on the internet on the 8th of June 2021, the two artistes were spotted in a conversation that led to a heated argument.

After watching the videos, fans are reacting differently with a majority supporting Tiwa Savage for finally facing Seyi Shay whom they believed has been attacking Tiwa Savage in different ways, from interviews to freestyles to shaded comments directed at the 'Koroba' singer.

According to @Daddy_Nomso, "Seyi Shay has subbed Tiwa for years, shut shamed her, denied her in interviews, subbed her on a Freestyle & was kikiking when Victoria Kimani was calling Tiwa "African Grandmother". She should take her fake "hi" & shove it up her ass, she deserves whatever Tiwa said to Her..." while others like SallySulieman are heartbroken about the clash as they believe the two afrobeats queens should not be resolving their issues like this and also not be cursing with the name of their children; "I said a prayer for Jam Jam (Tiwa’s son). Please do not swear when you are having an altercation with someone even if you are innocent. 70% of the time, the person isn’t worth it. Don’t bring your children, siblings or parents into it. Tiwa and Seyi Shay 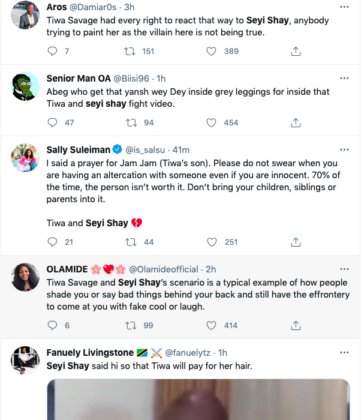 Read other funny reactions to the clash on Twitter; 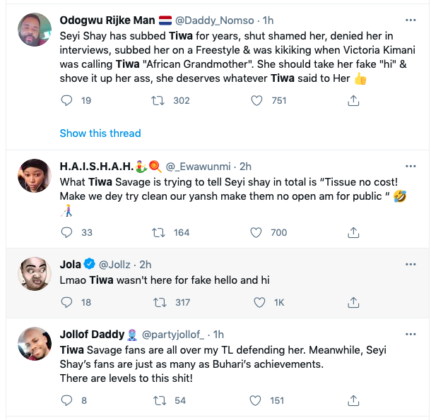 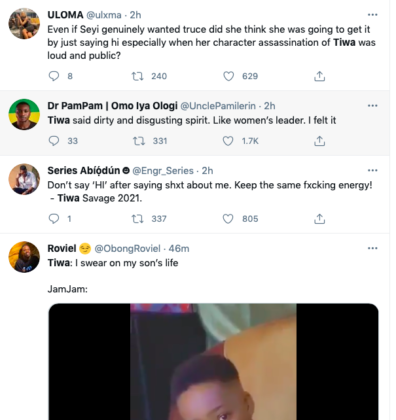 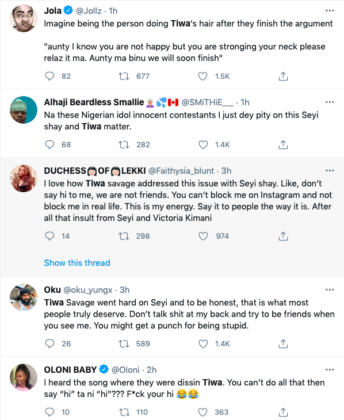 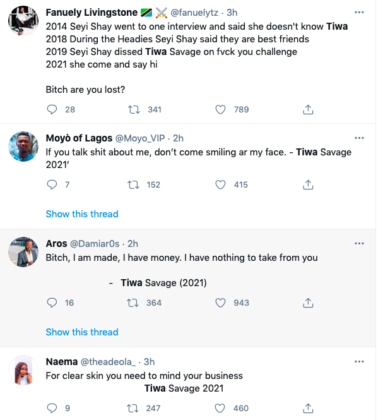 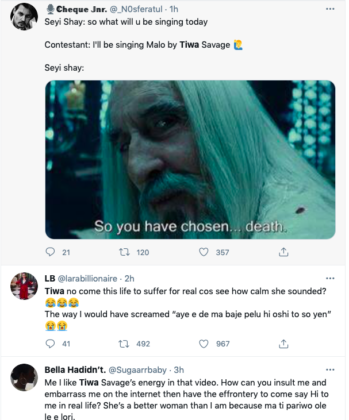