Burna Boy revealed that his new single with Polo G, ‘Want it All‘ drops this Friday, and to give fans an idea of what to expect, a snippet has been released. 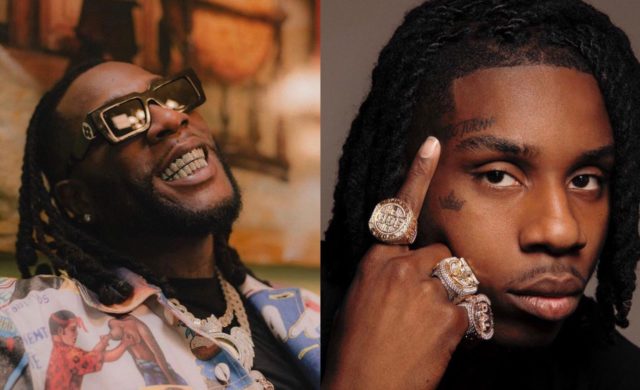 Nigerian Grammy-award winning afrobeats superstar, Damini Ogulu, popularly known as Burna Boy, has revealed that his new single with American rapper Polo G, ‘Want it All’, drops this Friday and to give the fans an idea of what to expect, a snippet has been released.

Burna Boy shared the artwork for his next single with Polo G, revealing that the track will be available worldwide on Friday to joyous reactions. He revealed this on Tuesday, the 28th of September 2021.

Burna Boy recently told fans that he is putting plans to drop a new album on pause indefinitely. He had previously promised to drop the album around the same time he dropped ‘Twice as Tall’ last year. However, this is the third single he is putting out in quick succession, following ‘Kilometre’ and the Don Jazzy-assisted ‘Question‘.

The snippet video, which also revealed that fans should be expecting a video for the song, saw Burna Boy showcase his hip-hop skills as he delivered a smooth performance on the trap tune.

Watch the Snippet Below