"Burna Boy is the closest to Fela..." - Ayo Shonaiya 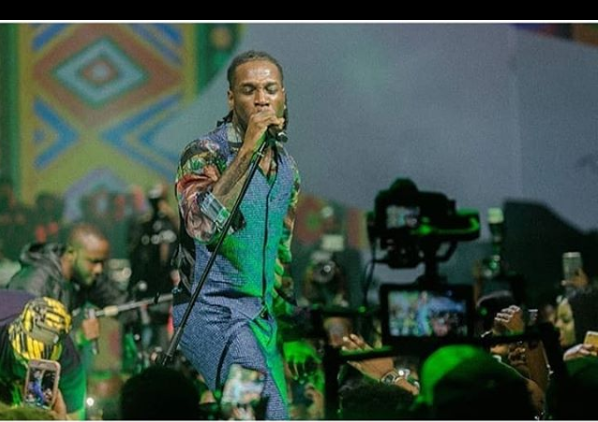 Nigerian music industry veteran, Ayo Shonaiya in a recent interview with DJ Abass stated that Burna Boy to him is more like Fela than any artiste that has ever been compared to Fela.

According to the veteran producer and former artistes manager, Burna Boy's sound is more similar to Fela and this can be traced to their similar ideologies.

I heard run my race, I picked him out and subsequently... the sound is afrobeat without the S...

Speaking on Burna's relationship with Fela, he said;

Burna Boy is complex. I've only encountered him a couple of times when we did the Nacos Lagos and he's a richly endowed creative (with all the elements and edges). If you see him and vibe with him you'll know that he's ... of course, you know that his grandfather was Fela's manager and his mother was Fela's dancer, you'll see that Fela in him even though he did not meet Fela. I grew up with Fela from my year of six to eleven, I used to go to the original shrine at KLalakuta, every day after school because one of my elder cousins used to date Fela, she was one of the original 27 wives, so she used to take me there. The way Fela used to address people, the way he has his own one track mind... I think it's the same way Burna Boy is. Fela used to be wrong on so many things. He was right on a lot of things, but he used to be wrong on so many things as well. If Fela was alive and says some of the things he used to say, you'll think Fela was a racist, but he's not a racist. He just knows that we are black, we are Africans, you are white.

Film maker and lawyer, @ayoshonaiya talks about the similarities he saw in Fela and can now see in @burnaboygram in the new episode of "For The Record with DJAbass" #Notjustok