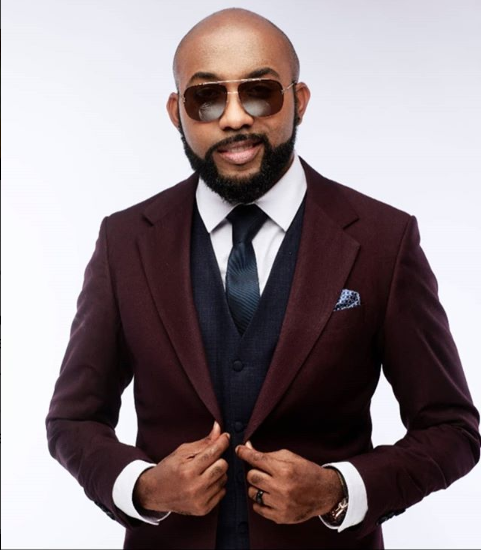 Olubankole Wellington popularly known as Banky W, since the wave of elections started feeling closer to Nigerians, has taken it upon himself to enlighten Nigerians about the importance of voting right and why their voices truly matter. From informing Nigerians to be active participants of the electoral process by urging them to get their voters card to his recent conferences and talks on the kind of leaders to be voted in for the benefit of the people and the nation.

Banky has finally taken the bold step and decided to indeed be that change that he is asking people to seek, by entering the race for the Federal House of Representatives of the EtiOsa area of Lagos state under the Modern Democratic Party.

The news was announced to his 3.1 Million followers on Instagram and 2.2 Million followers on Twitter where Banky W stated that although he has no Godfather to support him like most people coming into politics capitalize on, he has God, Integrity, intellectual capacity and a whole lot of Hope.

They said we don’t have the money to run.. we say we our strength lies in our numbers. They said we don’t have the structure, we say we will attempt to build it. They said “what if you lose”? I say, what if we win?
You see, my entire life has been a story of just dreaming dreams, praying about those dreams, setting goals, and working until they come true. I can live with trying and failing. I can not live with not trying.
So while we may not have a godfather, we do have God. And we have vision. And intellectual capacity. And integrity. And the right intentions. And last but not least, a whole lot of hope.
At the end of the day, hope may be all we have, but I believe that it is all we need. Thank you and God bless Nigeria.

Banky W has been consistent in his campaign for a better Nigeria since 2009 where he has used his voice to not just speak against the various injustice happening in the country but also supported causes such as Enough is Enough, Bring Back Our Girls, Light Up Nigeria, RSVP and many others. All these causes are soci0-political causes protesting against bad governance and corruption in Nigeria.

Oluwabankole Wellington is coming under The Modern Democratic Party led by Prince Bukunyi Olateru-Olagbegi, a 27-year-old youth activist and entrepreneur. The party along with 21 other parties received their certificate of registration from the INEC last January.

While this bold step might come as a surprise to many, Banky W's track record has shown that he is not a man that can sit back and watch the country destroyed with bad leadership and we wish him all the best on this new journey in the Nigerian political terrain.