"Gratitude" is both Timaya's most anticipated new album and his most unique collection yet. The 15-track piece is his 7th studio offering, and it sees him take centre-stage of his rock-solid artistry with no guest features. For Timaya's faithfuls, this album brings a heightened level experience of the goodness that the Bayelsa star's music has come to be known for through his 15-year career. Hits like I Can't Kill Myself, The Mood, Born to Win and the recently released Gra Gra, are forerunning singles and have certified the Gratitude album as a pop-culture staple on arrival.

Against all the odds of the 2020 decade, Timaya is thankful. As such, he has translated his emotions into high vibrational content, revealing his approach to life and its uncertainties. With optimum production from Orbeat, Spotless, Yung Willis, Ayzed, Chillz, Vybe O, Wildxyouths, Boombeatz, Krizbeatz, and Chrisstringz, Timaya takes us on a groovy journey into his bubbly lifestyle. 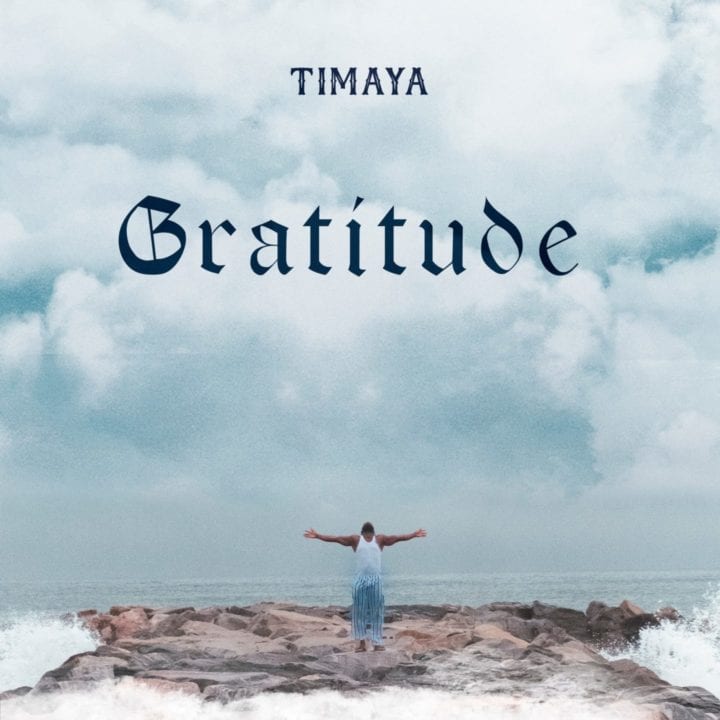 The album opens up with Born to Win's gentle jive before picking up a slightly higher tempo on Iberibe. Reality meets exotic ragga and afrobeat on Don Dada and Something Must Kill A Man as Timaya touches on topics like discipline, priorities, karma, and more. He expresses his limitless nature on No Limits after which he switches into a zone full of positive vibes with The Mood and Chulo Bother Nobody. Okaka is the thematic anchor of the Gratitude album. Reminiscent of True Story's Ogologomma, Okaka is Timaya's way of appreciating his creator for how far he has come. Gra Gra reaffirms his easy and zen way of life while Local and Bougie present the multiplatinum-selling artiste at his most goofy.

On Ebiola Papa, Timaya recounts a delicate period of his life while reiterating his total submission to God. He darts off to the romantic lane on L.O.V.E before employing a track called The Light to put Nigeria's burning issues in perspective. I Can’t Kill Myself maintains its stance as a global lazy anthem and Buru brings things to an inspirational halt. 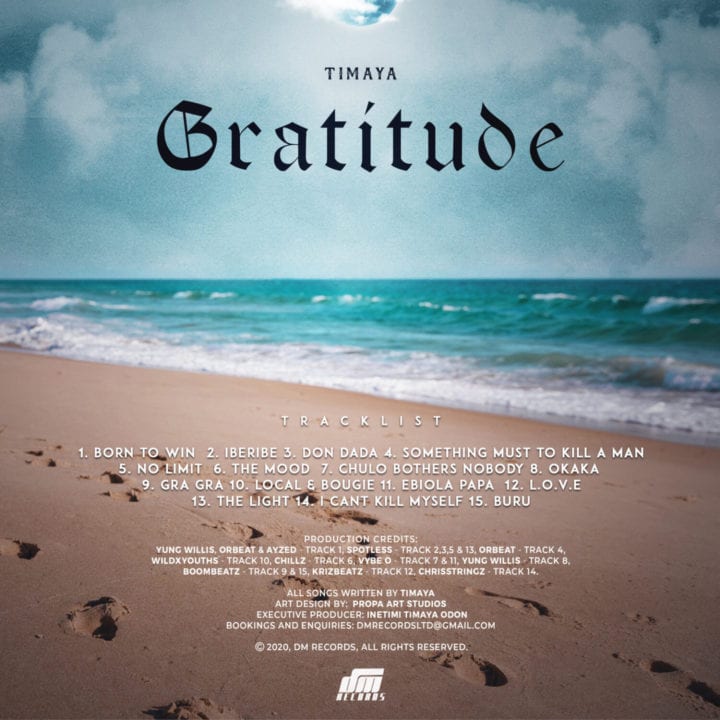 A classic addition to his expansive catalogue, Gratitude attests to the fact that Timaya’s long run in the music industry is far from over. His consistency has paid off, he is at his best at all fronts, and he is now dedicated to telling his story as a tool for the upliftment and enjoyment of humanity.

Irrespective of your music taste buds, your tribe, nationality or race, you can count on Timaya to have you savouring a buffet of truths in your living room or on the dancefloor.