Listen to Amaarae's 'The Angel You Don't Know' ALBUM 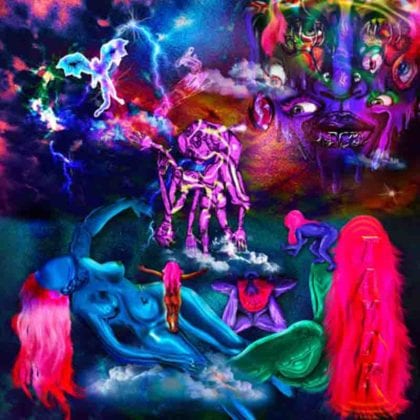 One of the most talked about Alté projects out right now is "The Angel You Don't Know" by Ghanaian vocalist, Amaarae.

Profiled on Pitchfork, the Fancy singer steps out with a very solid debut album featuring Ckay, Cruel Santino, Odunsi and other Alté-tilted acts. My two standout records, for now, are "Fantasy" and "Jumping Ship", with the latter already getting the visual treatment.

All in all, it's a just-push-play body of work. Stream right away.

In related news, Amaarae is profiled on NotJustOk's all-new AfroNext series. Be sure to subscribe to the Newsletter.

AfroNext - https://t.co/kscDf1BMik
Our weekly newsletter AfroNext is OUT NOW. This week features@amaarae and many more exciting new Artists.
AfroNext bridges the gap between African Music lovers and the most exciting emerging talents.

Season B – One Black One White