There are bands and there are BANDS. Especially in Africa, home to so many of the greatest and funkiest bands in history – from Fela to Sunny Ade, Miriam Makeba to Youssou Ndor, Ali Fakr to Mulatu; African artists have set the standard for the highest forms of musical unity and togetherness of the last half century. BANTU is here! 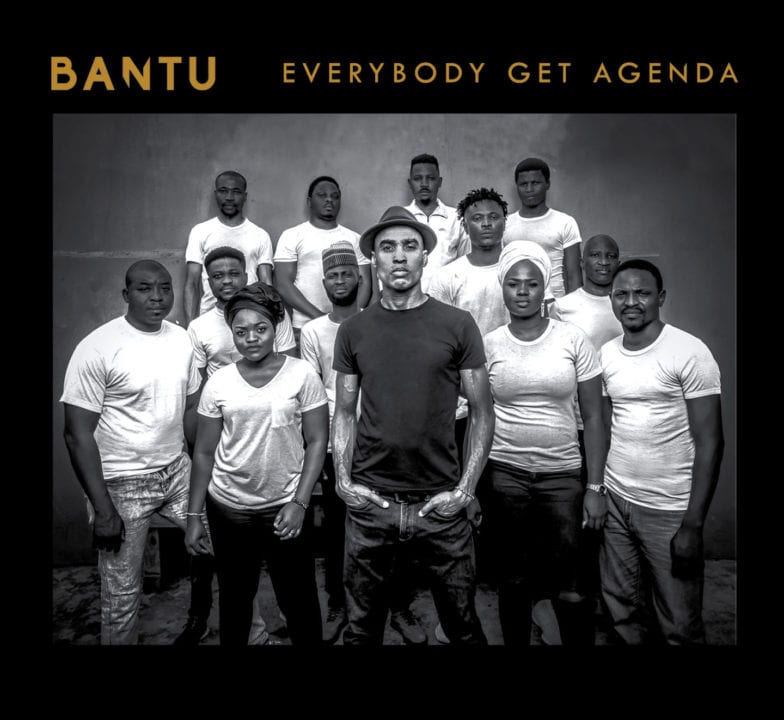 BANTU is one of those BANDS. But unlike the great bands of old, and even some of the greatest artists of this generation, BANTU is distinguished by the fact that while created and fronted by vocalist Ade Bantu, it is unmistakably a collective, collaborative effort. When you have a band this strong, this tight where everyone gets to shine, magic happens. And once again, perhaps even more than their last superlative release, Agberos International, this new album is pushing the boundaries of funkiness and political prowess for contemporary music, in Africa or globally.

Formed as an acronym of Brotherhood Alliance Navigating Towards Unity (BANTU) by brothers Ade Bantu and Abiodun in Germany in 1996 the group has created a unique and immediately recognizable fusion of Afrobeat Hiphop, Afrofunk & Yoruba music.

From its first release, “No Vernacular in 1996 to the present, BANTU has scored a series of hits across Europe and Africa garnering itself major awards. Indeed, the list of artists who've collaborated with BANTU is a testament to the power, originality and talent of the band: an international cornucopia including UB40, Tony Allen, Nneka, Brothers Keepers (which they created), Asa, Gentleman, Fatai Rolling Dollar and Burna Boy just to name a few. These collaborations helped the band earn several major Continental awards, including the Kora Awards (the Pan African equivalent of the Grammys) for “Best Group West Africa” and “Best Group Africa” while securing other nominations such as the Channel O Music Video Awards and The Headies.

Driven by a strong desire for social justice the band’s lyrics address issues around corruption, injustice, migration, xenophobia and urban alienation. Asides from recording and composing music BANTU have been credited with the recent revival of the live music scene in Nigeria through Afropolitan Vibes a monthly concert series & music festival that they have been hosting for over 7 years in Lagos. The show has featured over 160 top Nigerian and international acts and was voted as “one of the world's best music events of the moment" by The Village Voice.

Two years after the success of Agberos International, we can now welcome the newest effort from the BANTU Crew, Everybody Get Agenda. Recorded at Rigmaroll & Blackstar Studio in Lagos, produced by Grammy Award winning producer & engineer Aman Junaid (George Clinton, TLC), mixed by Manu Schlindwein in Cologne, German (Patrice, Mariama, Angelique Kidjo), and mastered by Tony Dawsey (Jay Z, GangStarr, Nine Inch Nails, Whitney Huston), Everybody Get Agenda which also features Seun Kuti is the most extensive and international recording effort yet undertaken by the band. The long player showcases the 13-piece ensemble at it’s best as they once again chart new musical territories and firmly plant their flag. With a string of singles, remixes and videos already released and more in the pipeline, BANTU looks set to have an engaging and exciting 2020.