Larry Gaaga featured artists like Peruzzi, Sarkodie, Wande Coal, and Victor AD on the soundtrack album for the new Netflix movie. He announced this via his Instagram page on Monday, the 23rd of August 2021. 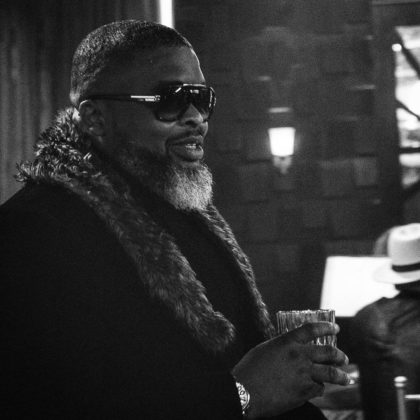 The soundtrack album consists of 11 songs, 9 normal tracks, and 2 bonus tracks. All the songs were recorded under Larry Gaaga's music imprint, Gaaga Muzik back in 2020. Larry Gaaga shared the tracklist for the new album and also added snippets from the songs on the album. He wrote;

NNEKA THE PRETTY SERPENT SOUNDTRACK OUT ON ALL PLATFORMS 🙏♥️👊

Nneka the Pretty Serpent is not the first soundtrack album that Larry Gaaga will create for Netflix. He worked on recent Nigerian blockbusters like Rattlesnake (2020) and the sequel of Living in Bondage (2019). The Rattlesnake soundtrack had artists like 2Baba, D'Banj, Davido, Patoranking, and the late Sound Sultan. The Living in Bondage sequel soundtrack also had 2Baba and Peruzzi, in addition to Duncan Mighty, Waje, Omawumi, Reekado Banks, Phyno, Iyanya, and more.

LISTEN TO THE NEW NETFLIX SOUNDTRACK ALBUM BELOW: