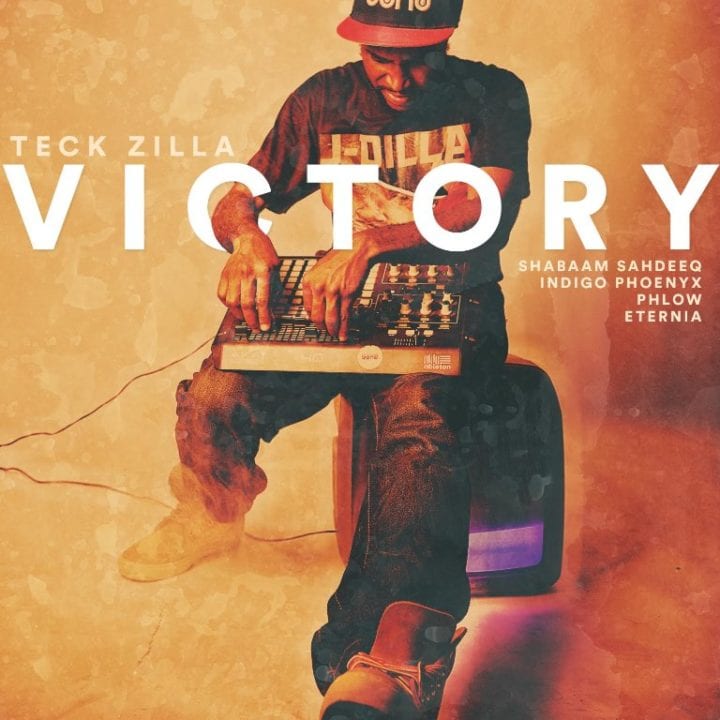 Hip Hop has enjoyed a great year in Nigeria thus far with many rappers and producers releasing great works –whether song, EP or album.

The veteran producer Teck-Zilla has been on a solid run too. The Str8buttah convener in 2019 collaborated extensively with iLLBliss (IllyZilla) while engaged in some personal projects. This year, he's stretched his reach even further, working with young cats like Vader The Wildcard and Samvsthekids.

Speaking to Teck-Zilla, he said of the record: "The track is about Victory from different perspectives. Each emcee came at it from their own viewpoints. Shhabbaam Sahdeeq spoke about a situation where regardless of what you do, you might get rounded up by the cops but Victory is still up to you depending on how you go about it. Indigo Phoenyx raps about self-empowerment and some references to her Islamic faith that helps keep her grounded. Phlow talked about finding strength within and going all out to prove herself. Eternia wraps it up with a no holds barred approach and lets the listener know that she is at the top of the food chain when it comes to lyricism."

Teck-Zilla is one of the strong pillars of vintage Hip Hop sounds across Africa. Though given to contemporary ideas in his production, he makes it a grand experience for the modern listener who fancies the grit and technicality of the old days. "Victory" sets you on that path, each verse sure to blaze through your  heart.

Bolstered by Teck-Zilla's speaker-crushing production, "Victory" is a celebration of the classic hip-hop posse cut with fiery rhymes from Shabaam Sahdeeq, Indigo Phoenyx, Phlow, and Eternia. The hard-hitting track also represents just how much the culture has spread since its inception because the five artists on here represent different parts of the globe including Nigeria, the U.S., and Canada.