IBK Spaceshipboi ft Praiz, Waje, Always Good – Because of You 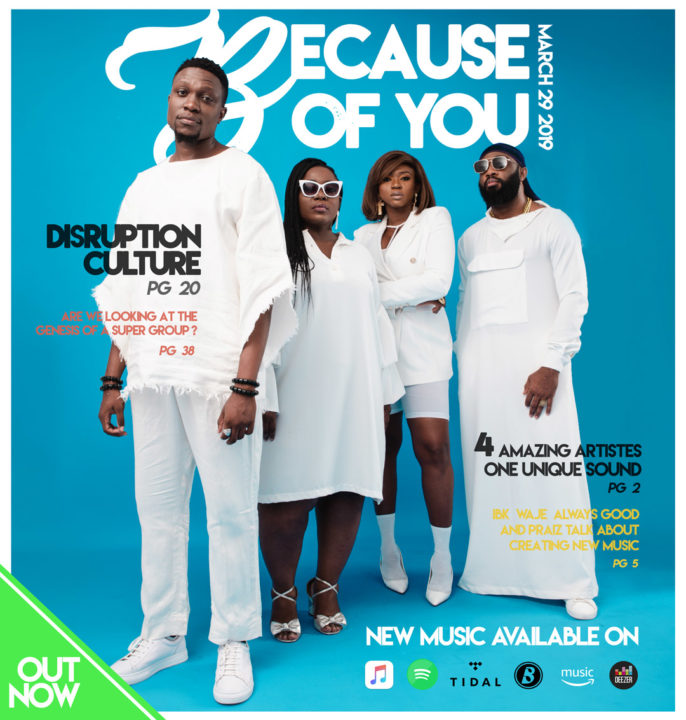 IBK Spaceshipboi has joined forces with some of the countries most powerful voices, Praiz, Waje and Always Good , to deliver a track that is both thankful and celebratory and will no doubt, make the waves his music usually does.

Speaking about the song, IBK shares: “Gratitude is a selfless act: it builds relationships and attracts us to people with that positive vibe which amplifies success. That’s why we got together, that’s how we made this song and that’s why we are passing on the positive vibes. show love to whoever comes your way because everyone is fighting a battle you know nothing about.”

The name IBK Spaceshipboi is one that the average Nigerian could be forgiven for not easily identifying, but the multi-award winning artist and producer has worked with and been recognised by music giants who are household names around the globe.

Whether it’s producing the music for the first ever BET CYPHER that featured Nigerian rap artists in 2011 ( Naeto C, Mi Abaga, Sasha to name but a few), being interviewed by Ebro on his Beats1 show on Apple Music, or having Sir Elton John name and list his single Padeya as part of his top 100 playlist and include it in his show, “Rocket Hour”, IBK Spaceshipboi is a music force to be reckoned with and now he’s back with a full super team in tow!

Link to new record: Because Of You

LISTEN AND STREAM ONLY