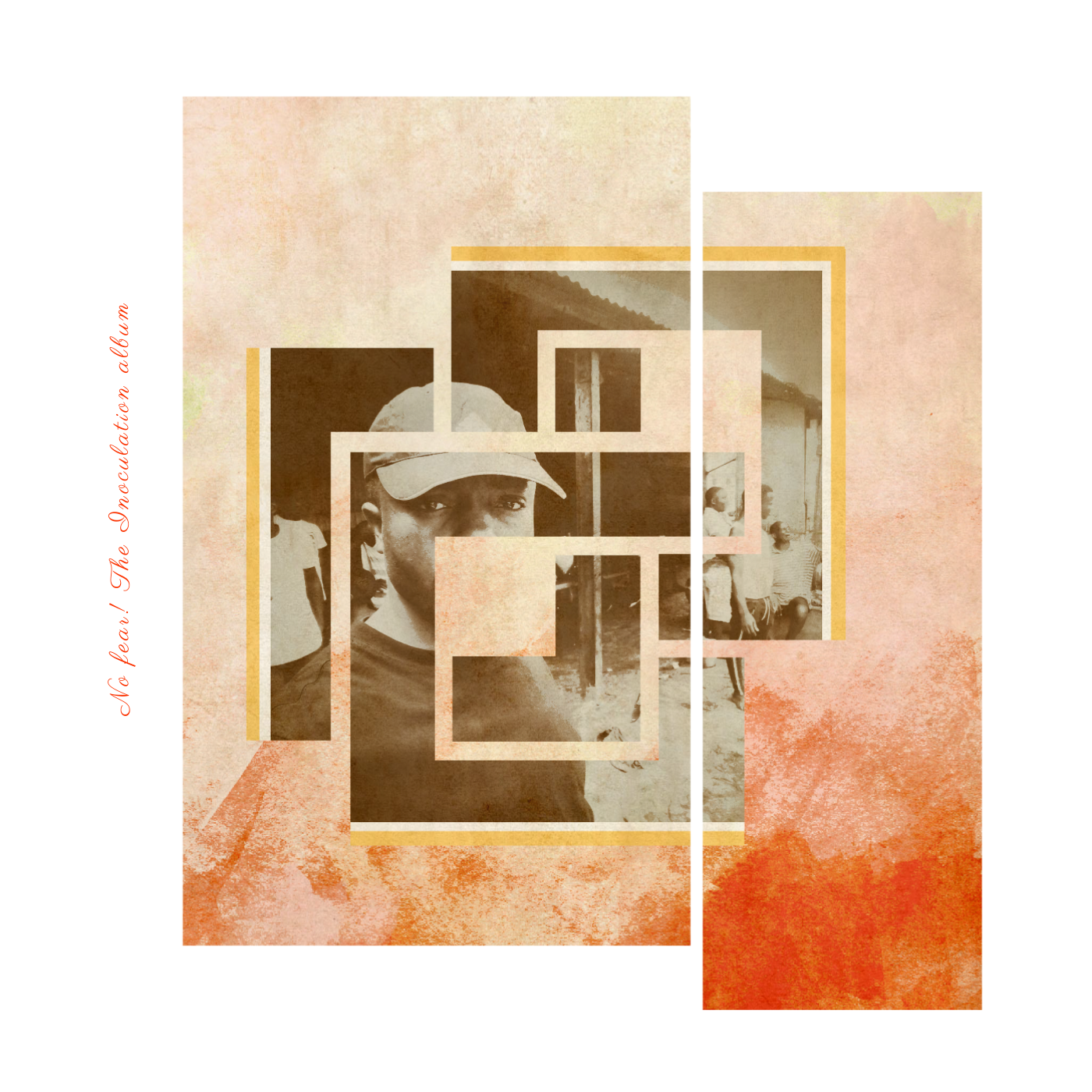 ‘No Fear! The Inoculation Album’ is here! This is the “long-time coming” debut LP of the highly skilled & creatively gifted Warri native lyricist, Egbezi.

The 11 track album is basically the introduction of a highly skilled, gifted and passion-driven independent emcee who isn’t afraid of making mistakes. Someone who just love making real good music following his own footsteps.

Egbezi who’s had some notable moments before now, having released some impressive and outstanding projects (2 mixtapes, 2 EPs) over the years thought it necessary to put out this album, a special body of work for your listening pleasure.

The entire album was recorded while the rapper, who happen to be a Medical Laboratory Science graduate of Ladoke Akintola University of Technology, Ogbomoso, was still undergoing his national youth service programme. The whole album recording was initially done within a period of three weeks in a home studio set-up at two separate locations: Warri (his home town) & Ebedebiri (his place of primary assignment in Bayelsa State). However, a retake by Goodgirl LA of one the track’s (track 3) chorus and underlay vocals was later done in Lagos some few weeks after. And it was recorded by Gilbert ‘A-Q’ Bani.

Being an introductory album, all songs in the project were written and performed by Anthony ‘Egbezi’ Ogbe. Hence, no rap features. However, additional-vocals/voice-overs were done by Goodgirl LA (track 3), Lucky Tulu (Track 2, 4 and 11), Esther P. Richard (Track 2, 3, and 8) and Adewale ‘Wolexly’ Adekunle (Track 9 and 10).

The album production is credited to Wolexly (all tracks except track 2, 4, 5, and 10, which were produced by Egbezi (Wolexly is also a co-producer of those tracks). Guitar for track 3 and 10 was played by Emunotor E. Benjamin. .

Agene is which is a native dance in Delta state is the first single off the Album, check it out and let us know what you think.