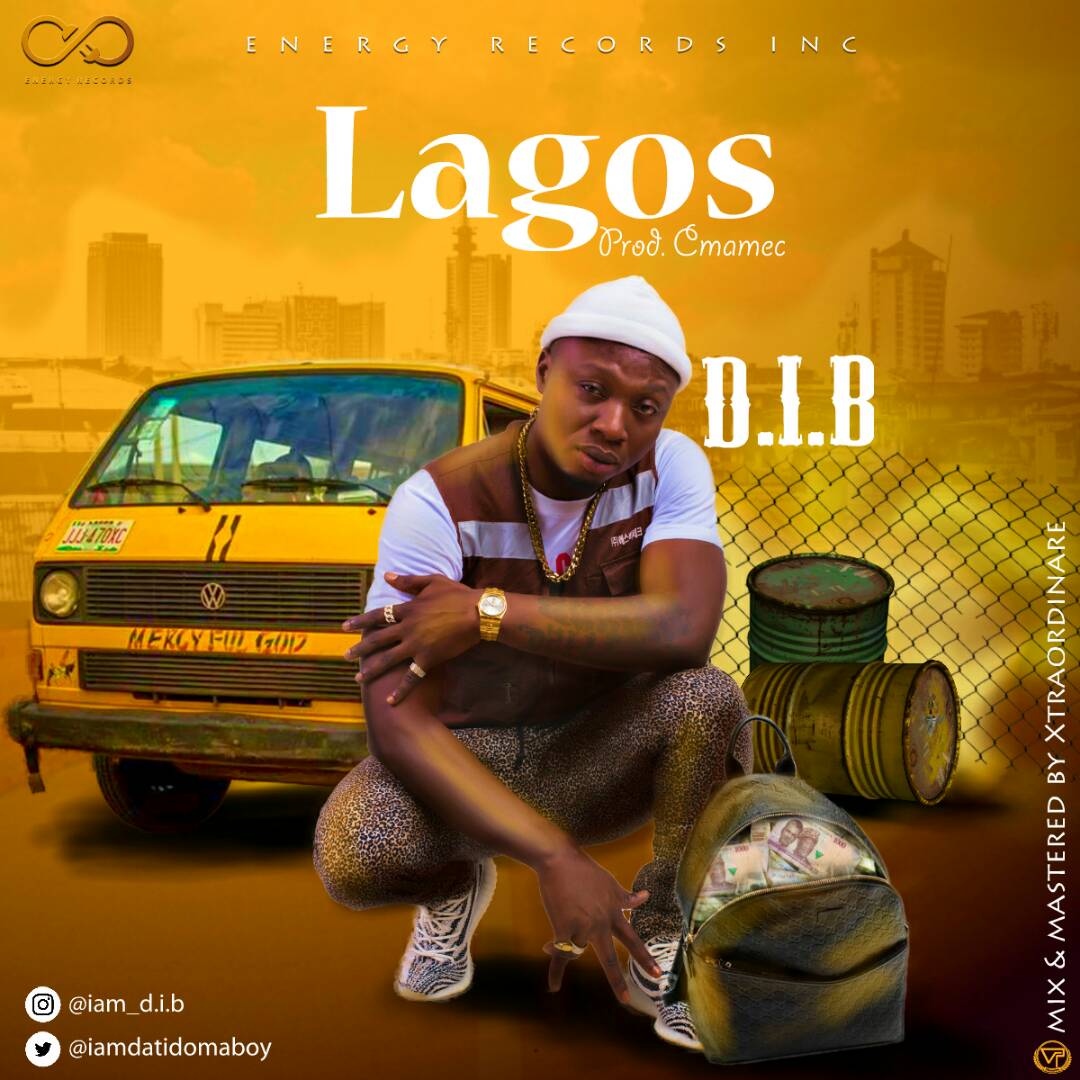 Ujah Stephen Enenche with stage name D.I.B recently signed to Energy records, comes off strong with his first official single for the label titled "LAGOS", the song produced by cmamec, sheds more light in lyrical wordings about the city of Lagos, the hustle and also the song picks a stand point with the citizens as the artiste also drops notable wordings about the #Endsars and police brutality.

D.I.B single titled Lagos is a song about, the Hustle, The City, The People and Police brutality, mixed and mastered by Xtraordinare.