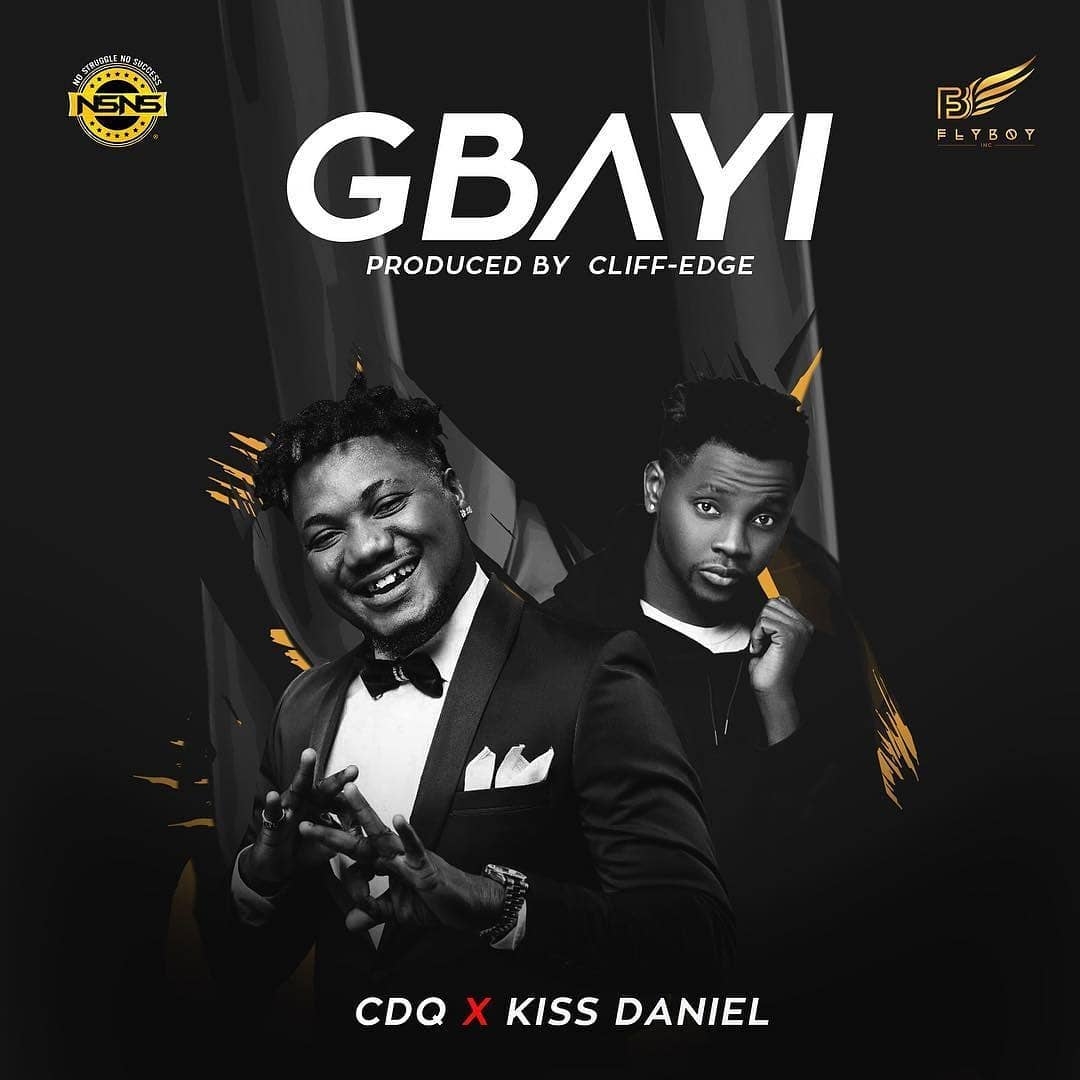 Sometimes the unexpected happens, the unforeseen, the shocking, the heart-warming, the ground-shaking, the crowd-screaming events. In this case, CDQ and KISS DANIEL are ready in melting hearts and breaking grounds with a banger titled ‘GBAYI’.

‘GBAYI’ which means Fabulous in English language is a song by CDQ, a Nigerian indigenous hip-hop rapper and song writer known for his unique style with history of major hits such as ‘Nowo E Soke’ featuring Wizkid and ‘Indomie’ featuring Olamide , “Ko-Funny” featuring Davido. In this song ‘GBAYI’ he featured KISS DANIEL, a Nigerian A-List recording artist, performer, entertainer and a ‘ladies’ man’, best known for back to back chart topping singles.

The song ‘GBAYI’ was recorded after a positive connecting vibe between both artists. “Gbayi” audio was produced by cliff-edge and video directed by unlimited L.A.

The song ‘GBAYI’ happens to be KISS DANIEL’S first collaboration with any artist outside his former record label G-Worldwide Entertainment. The song “Gbayi” is no doubt a Universal tune and aimed at putting the brand CDQ on the world map.

‘GBAYI’ is a song not to be missed and will no doubt still be a major hit for years to come.