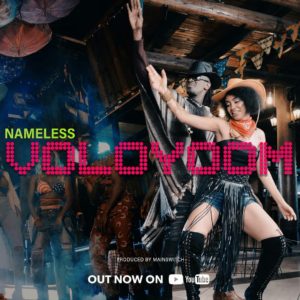 Kenyan legendary artiste Nameless just dropped a new track dubbed “Voloyoom” (Volume). The song is a classic feel-good club banger which tells the story of a man struggling to appease his agitated girlfriend after a small tiff in the club. In a bid to calm her down, he asks the DJ, to help him out by increasing the volume  to the music, because his girlfriend is a big fan of Afro-pop.

The audio was produced by Mainswitch studios.

Shot at K1 Klub House, the video was directed by VJ One. Watch: