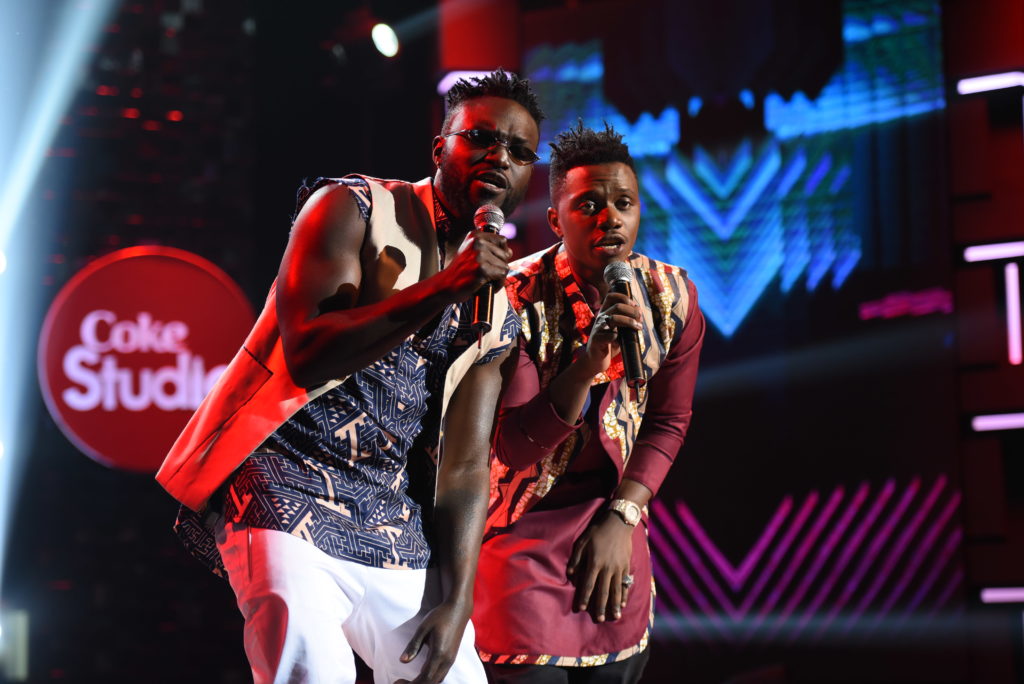 At first glance, Coke Studio Africa collaborators Naiboi and Rayvanny, seem to be music industry polar opposites. The Kenyan is on a laid back chill tip whereas the Dar Es Salaam native is swaggerlicious in style and attitude. But over Nyama Choma in Nairobi at a former hood Naiboi left ten years ago, they discovered commonalities that helped them cook up a super romantic song in studio.

“Being on Coke Studio Africa for the first time is a big deal for me and I’m also excited because I’m a big fan of Rayvanny’s”, said the "2 in 1" hitmaker before they met and covered each others chart toppers. “It’s a challenge for me, cause he has an afro trap vibe and I’ve not been involved in hip hop for a long time.” Though, noted Rayvanny of "Chombo" fame,“Our music is actually not so different, his sound just has more of a ragga tone."

The real ice was breaker, however, was when Naiboi took Rayvanny on a visit to the hood he built his career in: they went to his old home and studio and they chatted as they walked round the place he left ten years ago. “I feel so good to see where he grew up and how he lived in his community and what his home looked like  - when I looked at him it seemed he was feeling a little emotional.” Indeed. “Now I’m back here with Coke Studio Africa, man it’s just proof that if you work hard at things and keep your prayers up, dreams come true,” said Naiboi. The trip provoked memories to come flooding back and he shared them with his new song making mate over their side walk meal.

“I was set on being an artist” reminisced Naiboi. “And that was very hard, especially because my relatives felt my dad was wasting money investing in me, they felt he was letting his child waste his life.” His father supported him none the less, “He bought me machines and computers and I started to record myself in his house.” 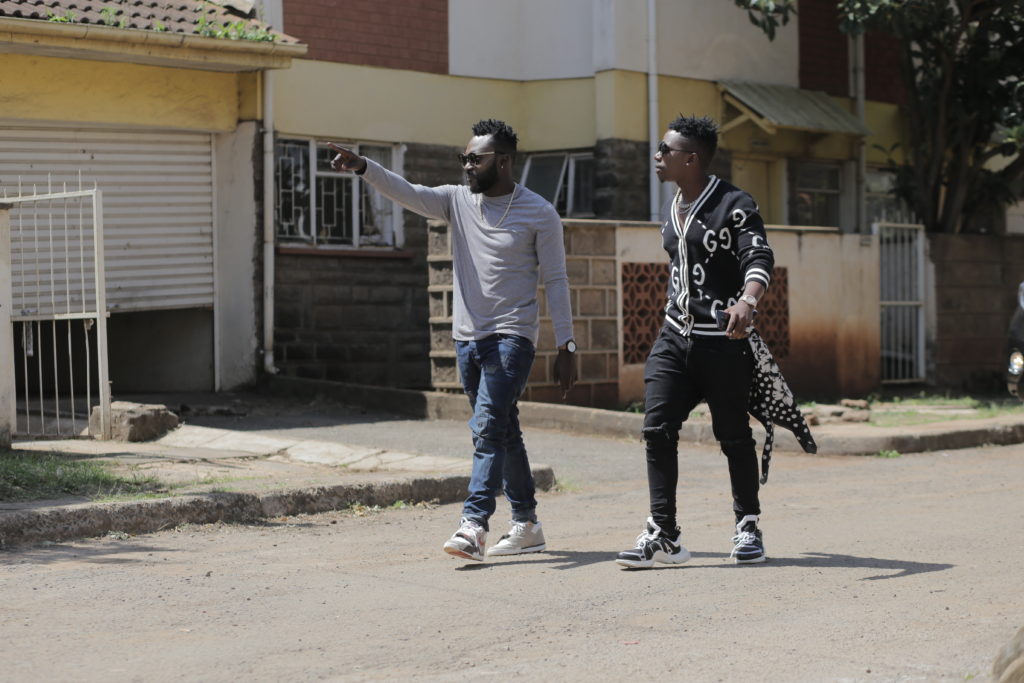 Turns out Rayvanny’s father was also pivotal in his musical career, “He worked at the railway company. He was an engineer, but when he came home from work, he’d fix radios. On those radios he would play music, and I think that’s what made me love music, and now it’s my career…”

Naturally such a heart to heart would lead to relationship talk. "2 in 1" was inspired by Naiboi’s great love, the mother of his child and his son. “I also have someone” answered Rayvanny. In an industry where committed and admitted relationships are rare, the two share the desire to get married. Though they both nodded their head when Rayvanny commented, “It’s not the right time to get married though.” Naiboi replied to Rayvanny’s delight, “When you do get married, call me, I will come, and I will sing! But then you also have to sing at my wedding too!”

So clearly, though walks down the aisles are some time off,  what it was the right time for, was to create "Vigelegele" - a jam inspired by marriage and weddings. Produced by Rayvanny’s long time producer Lizer, the two created what Ravyanny calls “A wedding song for everyone to celebrate love with, women, men, children, everyone!” Naiboi, who was so pleased with the marimba touch he spiced the song with, agrees that “It’s a song that can be played at each an every African wedding across the world. It just has that authentic African touch.”