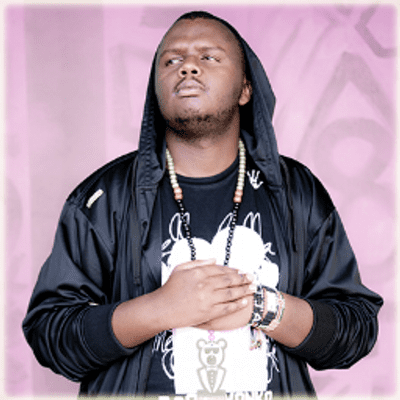 Kenya’s celebrated Genge rapper, Mejja reveals that he turned down an opportunity to work with one of  the famed WCB’s artists.

WCB is a household name in East Africa’s music scene hosting big names such as CEO, Diamond Platnumz, Zuchu, Rayvanny, Mbosso, Lava Lava and many others.

During a recent interview, Mejja stated that he felt disrespected in the manner that he was approached by the Wasafi Team.

The rapper clarified that whoever approached him on Instagram insinuated that they would be doing him a favour with the collaboration.

Translation: “I recently got a call from Tuva because I refused to work on a track with Wasafi’s team…I felt like whoever approached me on Instagram did so in a manner that implied they were doing me a favour”

Mejja has had an amazing year in 2020 and is currently Kenya’s hottest target for a collaboration. He has managed to amass big hits on tracks like Utawezana, Kalala, Watoto na Pombe, Lewa among others.

Despite having major respect for WCB, Mejja shared that he would like to be a part of authentic collaborations so as as to set a good example to anyone with budding talent.