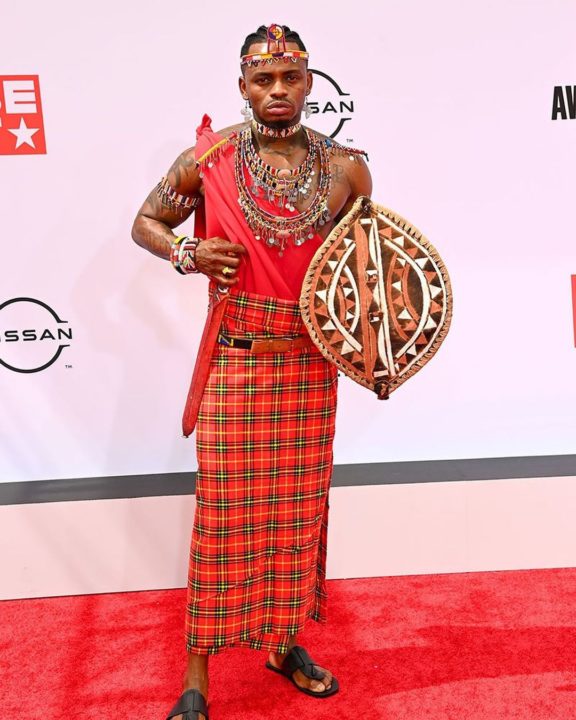 Despite not being crowned the 2021 winner of the Best International Act at the 2021 BET Awards, Tanzanian singer Diamond Platnumz  surely stood out of the crowd  that turned up for the prestigious gala.

The singer showed up for the BET Red carpet donned in a traditional Maasai attire that quickly turned heads. Fans could not stop asking for photos and selfies.

Many who showed up at the awards were dressed up in designer gowns and suits but Dangote opted for a classic African attire to represent the Swahili Nation. 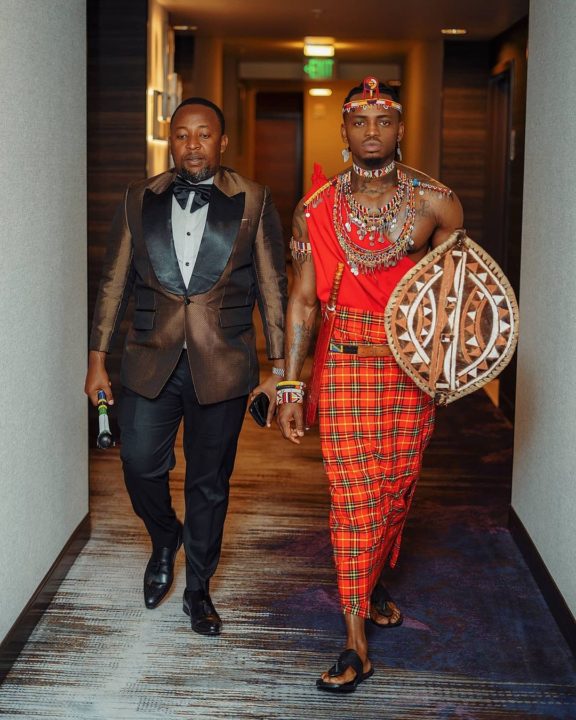 The BET Awards Gala was full of A-List artistes from across the world; there were those who dressed to kill, others showed up in skimpy clothes while some did not bother to put in the effort for the red-carpet appearance.

The 2021 BET Awards went down on Sunday at the Microsoft Theater in Los Angeles with actress, Taraji P Henson as the Host.

The awards honor Black excellence across music, television, film, and sports in 21 categories.

Nigerian star, Burna Boy won the BET Award for the third time as the Best International Act. His first win was back in 2019, and he has won for the following years, 2020 & 2021 consecutively.