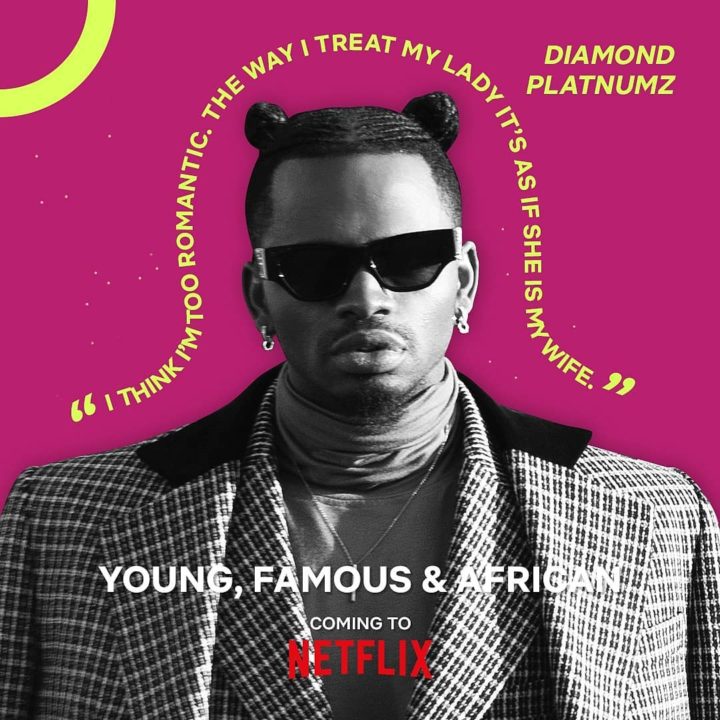 Tanzanian heavyweight, Diamond Platnumz is among the African stars who will be appearing in a new Netflix series soon.

The popular singer took to his social media to announce that he will feature in the “Young, Famous and African” Reality show.

“From Tandale to the world…Go behind the scenes of what it takes to be an African Icon to the world with @netflixsa and @naijaonnetflix’s first African reality TV show, featuring your one and only SIMBA”

Netflix South Africa had posted a teaser on its timeline asking users to guess who would be featured in the new show.

“They’re young, they’re fresh, they’re unapologetically African and they’re coming to your screen! Can you guess some of the stars and their famous sayings?” Netflix posed.

This comes shortly after Diamond was  announced to be the only East African artist to contend for a BET Award  in the Best International Category.

He is up for the award against fellow African artistes such as  Burna Boy and Wizkid both from Nigeria, Aya Nakamura (France), Emicida (Brazil), Headie One (UK) Young T and Bugsey (UK) and Youssoupha (France).