Tanzanian singer and performer Diamond Platnumz is once again on the news after his recent reaction to Rayvanny's Fiesta performance in Tabora. 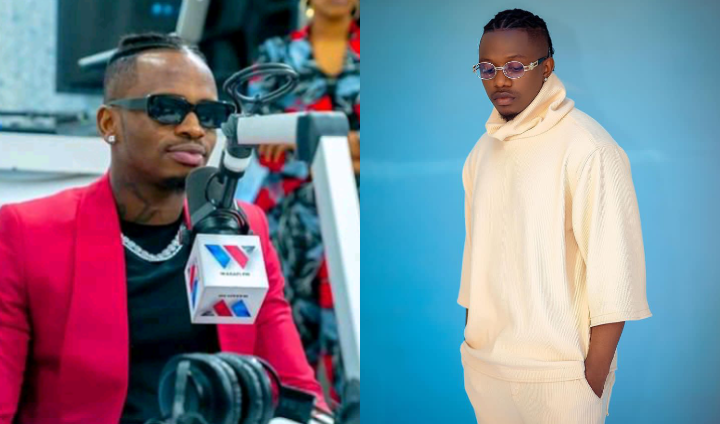 The CEO of WCB Wasafi, Diamond Platnumz has recently revealed his take on the performance of Rayvanny at Fiesta Concert in Tabora. Diamond Platnumz's comments come amid rumours that he's in cold war with Rayvanny who left WCB few months ago.

On 24th September 2022, Rayvanny gave a never seen performance at Fiesta Tabora where the Next Level Music CEO entered the Ali Hassan Mwinyi stadium in a big semi-trailer truck and gave an electric performance while on the truck. The performance was met with congratulatory messages from fans who praised Rayvanny for his creative and inventive ideas while on stage.

On his Instagram account, Rayvanny posted a snippet of his performance and Diamond Platnumz replied with a Billiard and a Trophy emoji, meaning that he was impressed with the Rayvanny's Fiesta performance. Other celebrities who also gave thumbs up to Rayvanny include Linex, Mbosso and Billnass who collaborated with him in Utaonaje. 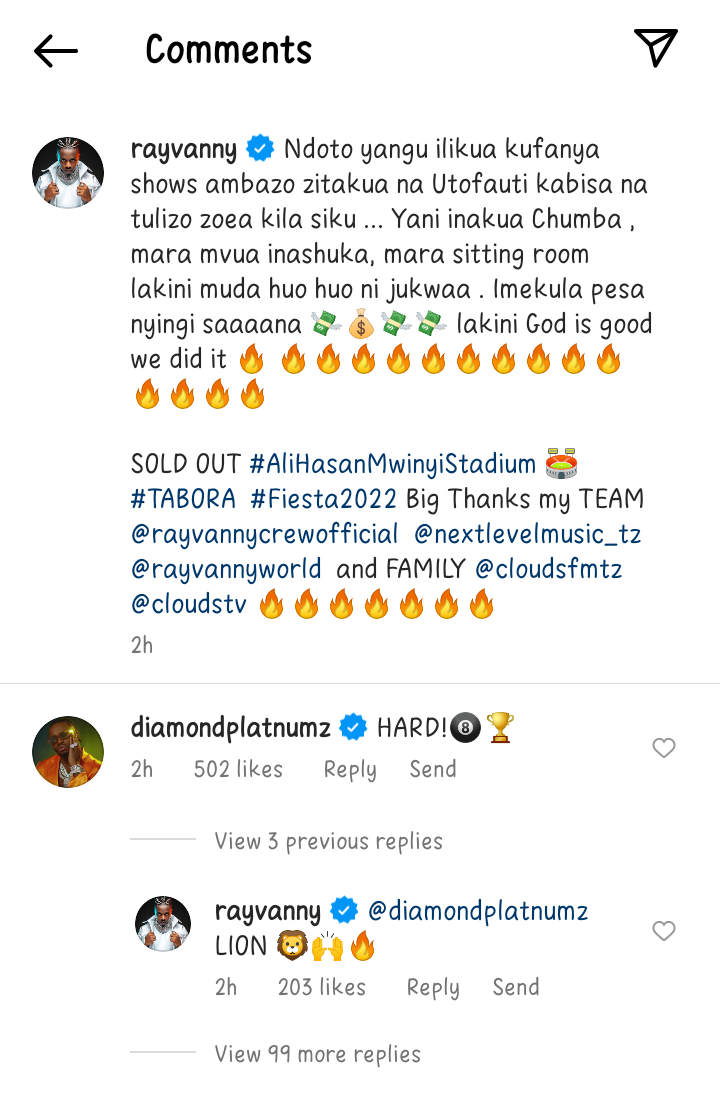 Apart from Rayvanny, other artists who performed in Fiesta Tabora include Saraphina, Mikky Singer, Mabantu, Country Wizzy, Lody Music and many other Tanzanian musical acts.