Diamond Platnumz who came into the spotlight in 2010 after releasing "Kamwambie" has made a new record in Africa after clocking 2 Billion views on YouTube. The new record comes 30 months since the father of 4 clocked 1 Billion Streams on the platform.

READ ALSO: How Diamond Platnumz has managed to achieve 1.5 Billion views on YouTube

Diamond Platnumz started his Youtube Channel in 2011 and now enjoys the company of 7 Million Subscribers on his YouTube channel and therefore being the most subscribed African artist on YouTube followed by his protégés Rayvanny and Harmonize. 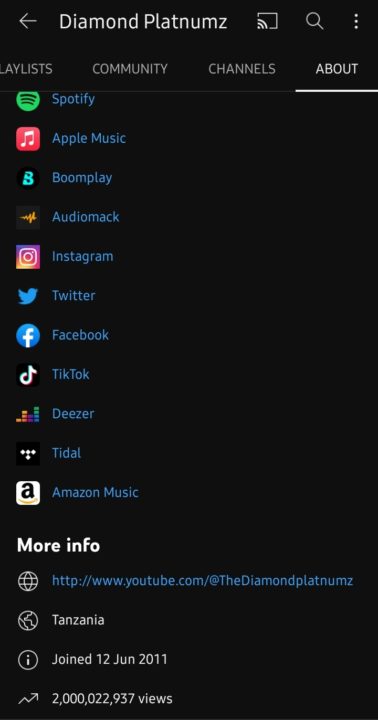 With this record, Diamond Platnumz is now the most-watched African artist on YouTube. Apart from music Diamond Platnumz also usually decorates his Youtube Channel with Behind The Scenes videos, videos of his stage performances, and sometimes his lifestyle.