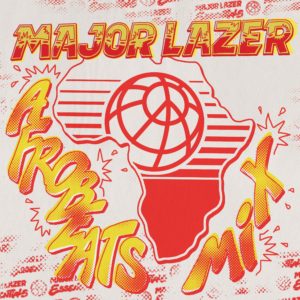 Major Lazer debut a brand new Afrobeats Mix, featuring Sauti Sol’s “Live and Die in Afrika”. In the mixtape, Major Lazer blend music from across the continent and lend their global platform to trendsetting African artists and their longtime inspirations and collaborators, as well as teasing new music, here.

The band is set to tour Africa in September and October, with dates in Kenya, South Africa, Malawi (Lake of Stars Festival) where they are performing alongside Sauti Sol, Ethiopia and Uganda.

Link to the mixtape here

Additionally, a new song, “All My Life,” featuring Nigerian vocalist Burna Boy drops today. “All My Life” is the first of a handful of collaborations with African artists coming this fall which includes Babes Wodumo the Queen of Gqom, Mr. Eazi and Kizz Daniel.