Khaligraph takes Rudeboy back to his hood – Kayole on Coke Studio Africa Ep. 2 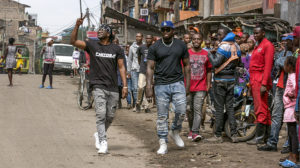 The new season of Coke Studio Africa dubbed 'Coke Studio Africa 2019' has already premiered across Africa. On the second episode of the show, Kenyan hip hop heavyweight Khaligraph Jones took one of Nigeria’s hottest hip-hop stars and Afrobeat legend Rudeboy on a tour of his hood Kayole - in the cultural exchange segment.

Kayole is far away from the red carpet swag of the music scene for the AFRIMMA winner for Best Rap Act. Khaligraph Jones not only visited his old school and former place of employment as a Chapati seller. A key visit - Big Beats Studio, a tiny studio in a small shipping container where Khaligraph started out gave Rudeboy an unexpected flashback. “This takes me waaaay back to my struggle and hustle and makes me think of where I am today,” he explains. 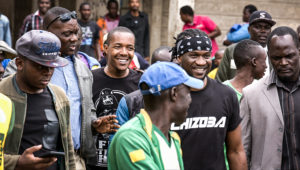 Serving as a good introduction to each other before their collaboration, this segment gave better insight into who Khaligraph is and his humble beginnings.

Back on the show, the Rudeboy performed a cover of Khaligraph's jam "Kasayole" with Khaligraph covering his jam "Reality". Later, the two worked on an original "Afro-hip hop" hit single "Tonight". Check it out:

As they joined youth in the streets bumping his tracks and chanting the chorus of Khaligraph’s latest hit, it was hard for Rudeboy to believe that a mere four years ago this was where his new Kenyan friend lived. “I saw where he used to stay, you can tell this guy went through a lot!”