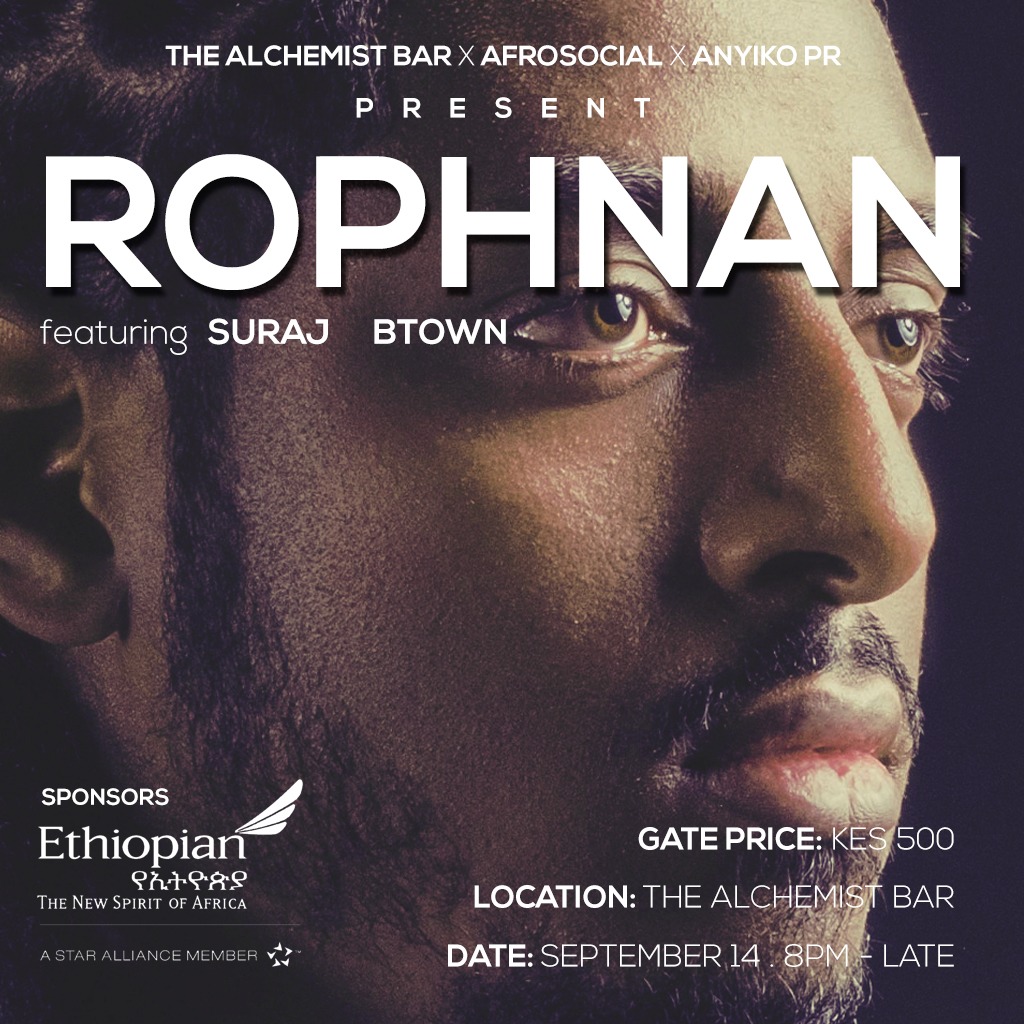 Multi-talented Ethiopian music producer, songwriter, singer and DJ, Rophnan, is set to rock Nairobi this September 14th 2019 from 8 PM till late. He will be headlining at The Alchemist Bar’s prestigious Afrosocial event series, alongside EDM DJ and producer Suraj and DJ BTown.

This will be the third performance in Kenya for the Ethiopian star, celebrated for his unique blend of sounds with messages often moving modern-day Ethiopian sounds into the future.

The Nairobi showcase comes after Rophnan’s MY GENERATION Ethiopian tour, a recent show in Israel where he opened for Busy Signal (15th August) and headlining at Nyege Nyege Festival in Uganda (7th September).

Following the release of his debut album “Netsabraq” in May 2018, he has become one of the most celebrated musicians in Ethiopia having made history as the first electronic music album published in Ethiopia. He was featured on Forbes 2019 #30Under30 list in the Creative Category, celebrated for his distinct style of mashing up traditional Ethiopian music elements in music production.

Earlier this year, Rophnan made his debut on Africa’s biggest music show – Coke Studio Africa. He made history as the first act to join the show both as a performing artist and music producer. He was paired with Zambian rapper Chef 187 and the two worked on an original Coke Studio Africa track "All The Way".