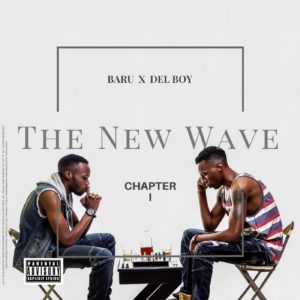 Baru comments about the upcoming release of The New Wave, “The new wave is an effort to influence Ugandan music culture by introducing a new sound, a new vibe and an overall new way of thinking and making music. It is all an effort to create cutting edge music that can push boundaries, raise the marketability and competitiveness of our UG music on the international scene. To me this is one of my best projects thus far.”

Del spoke about the recent collaboration, "Working with Baru on 'Young King’ (2016) was fun. Both artistically and as a human, he’s great to work with. Doing this collabo was something I was very excited about” he added “…The new wave was about me proving myself as an artist. I brought my best and am still growing. It was an interesting experience working on the project with him, I’m really excited to hear what Uganda and the world thinks of it." The New Wave was produced by Baru (Pryce Teeba, Ivory Namara, Apass, Flex D’Paper) with featured productions from Abaasa (J.C Muyonjo, Ruyonga, Sitenda) and all songs recorded at Dustville Studios, Kampala.