DOWNLOAD : Mumbi back to Kenya to launch her debut EP "For The Culture" 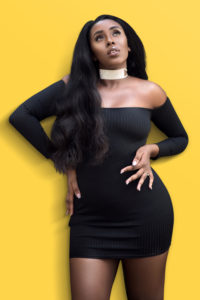 USA-based Kenyan songstress, Mumbi, is back to Kenya and set to launch her debut EP “For The Culture” (released 30th of April 2018) from East Africa. Known for her diverse sound that blends afro-house, soul, R&B and hip hop, Mumbi is set for her biggest career move that has now birthed the 5– track EP featuring the singles: “Yours”, “Intro”, “Soweto”, “Good Enough” and “Too Much”.

Speaking to her Kenyan fans, Mumbi says:  “I chose to launch the EP in Kenya because everything begins at home. Kenya is my home and what better way to launch something than at home first. I wrote most of the songs on the EP at a time in my life where I had taken some time off to regroup,” hinting on her future plans: “I plan on moving back to home and definitely working on a new album from Kenya.”

Even before the EP was ready for release, Mumbi was co-currently working on her debut album, which is expected to be ready by September 2018. While in Kenya, she intends to collaborate with top Kenyan acts including Khaligraph Jones, Steph Kapela, Xtatic and Camp Mulla.

Her album is now available on Mdundo

Starting her music career at age 16, she is a global citizen whose indigenous Kenyan roots were nurtured in Botswana where she spent her childhood before relocating to the US. She has performed with Jazz Bands at various music festivals in Miami.