Tanzanian singer and songwriter, Harmonize has recently made it clear who he recently considers the best female Tanzanian artist. 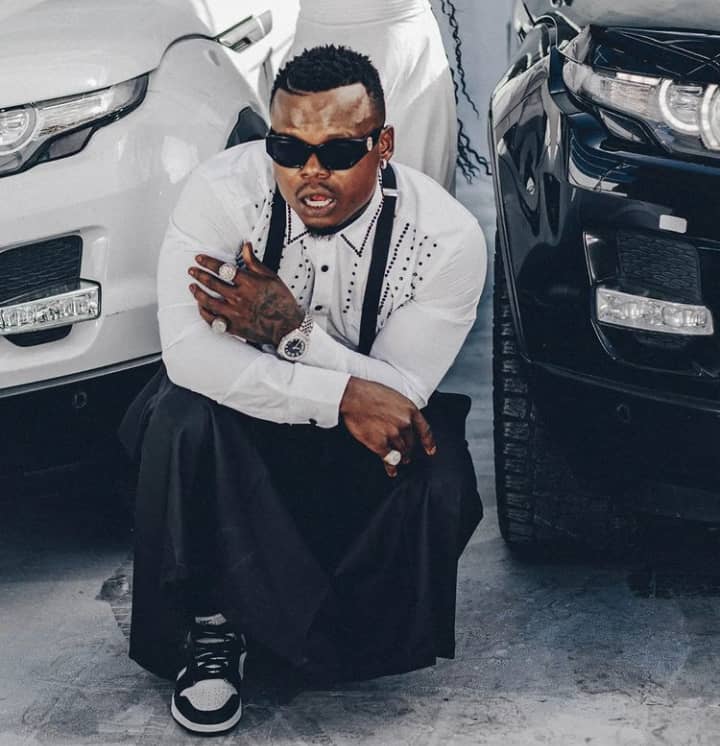 The CEO of Konde Music Worldwide, Harmonize is once again in the news after recently unveiling his best female artist in Tanzania. Konde’s announcement comes at a time when mainstream attention for female artists in Tanzania is at all times high.

READ ALSO: Harmonize Reveals Getting A Girlfriend in Nairobi In The New Song ‘Miss Bantu’ | LISTEN

On his Instastory, the Afrimma winner stated that Abigail Chams, a Generation Z female singer and a Rockstar Africa signee is a better female artist than anybody in the game and went on to exclusively announce they got more music to release with Abigail Chams. Harmonize and Abigail Chams have so far released one song “Closer” which is currently making waves in East Africa. 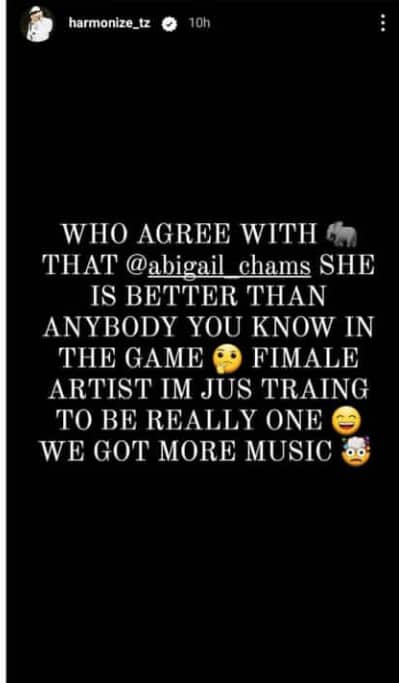 Since his debut, Harmonize has so far worked with many Tanzanian female artists such as Lady Jaydee, Anjella, and Abigail Chams.