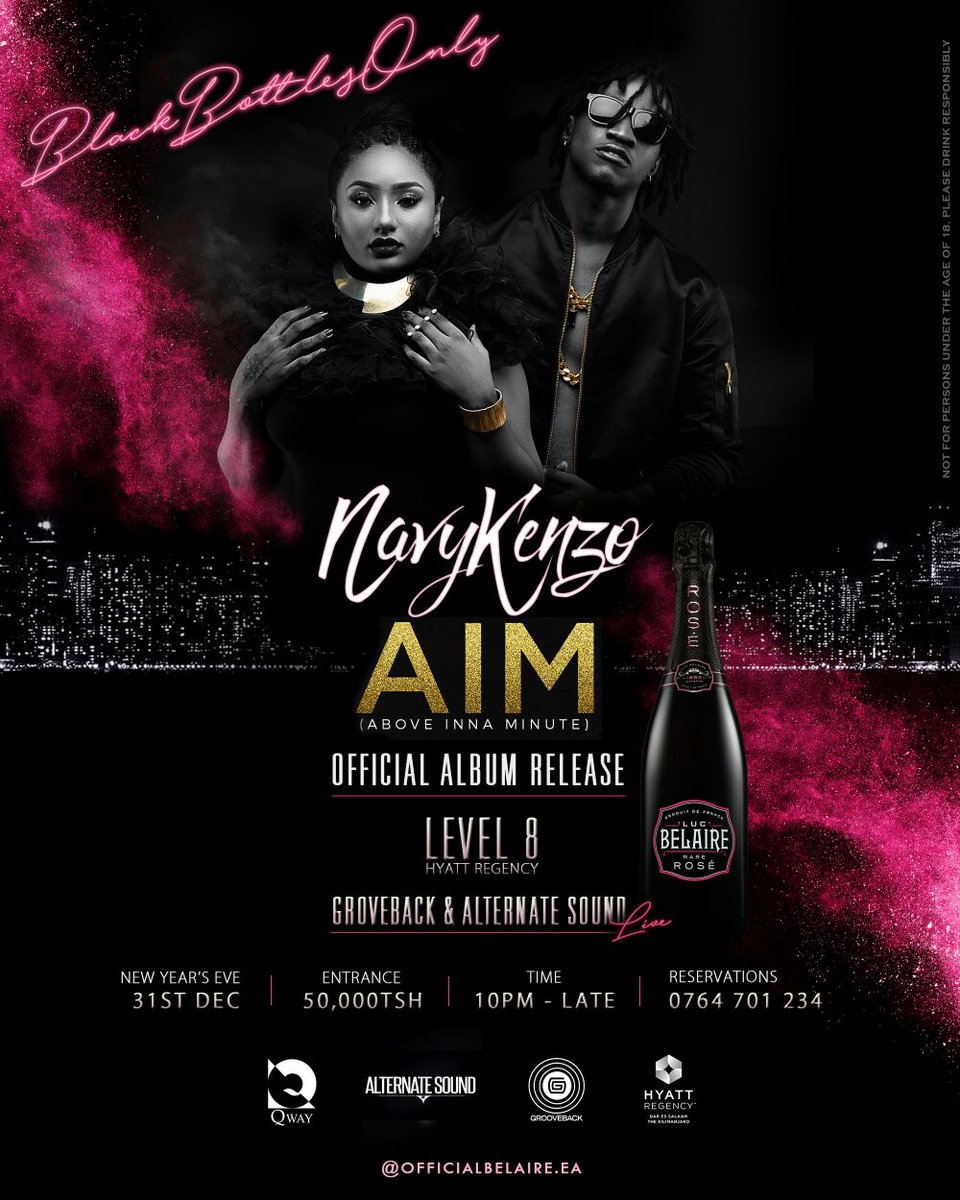 Tanzanian music duo Navy Kenzo of  The Industry have announced the official date for the launch of their much anticipated album Above Inna Minute (AIM). This Saturday on the 31st of December, 2016 at the Hyatt Regency Level 8, the group will be opening a new chapter in their musical journey.

The album was  produced by Nahreel (one half of the duo), renowned Nigerian producer Chopstix and DJ Moshe Buskila and features collaborations with some of Africa's musical greats : Alikiba, Patoranking, Mr Eazi and R2Bees.