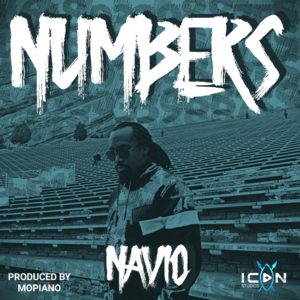 "Women Lie, Men Lie, Numbers don't lie" and the OG is here to remind us that its all about the NUMBERS. Navio links up again with MoPiano to gives us a hard hitting rap track on which he flexes his lyrical muscle. The Icon Studios boss floats on the beat as he explains why its all family first before the numbers when it comes to the Navcorp business given the hits, concerts, awards and endorsements he has clocked in over his career. As the industry is becoming saturated with Numbers, every artiste seems to be wanting to attain them for online glory, concert credentials or financial numbers. Navio states quite clearly in the song that it is family first and attaining the Numbers for them is the only goal. Navio takes it back to the hood in the visuals as we follow him through the Black & White lens as he connects with the kids and residents of the ghetto which  one thing we've come to know Navio for in his career; bridging the gap between uptown, downtown and the ghetto. Enjoy!