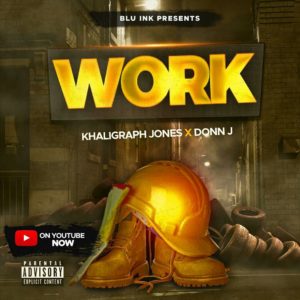 Blu Ink and Eristoff Vodka present a new hit “Work” by Kenyan hip-hop artiste Khaligraph Jones who introduces new rapper Donn J who was first featured on the “Khali Cartel” Project. The flow by both artistes on this jam is fire!

The song was produced at Blu Ink studios and the instrumental is by K-da Great. Visuals were shot by Blu Ink Films. Watch: