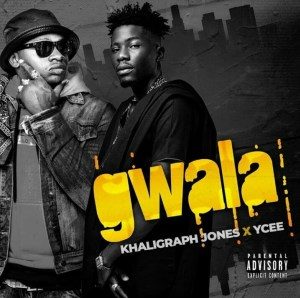 Kenyan hip hop heavyweight Khaligraph Jones is living up to his name! He just released the anticipated video for his song "Gwala" with Nigerian superstar Ycee. This is the second video from the "Testimony 1990" album which dropped last year and his 1st official video in 2019. The song has a heavy beat is a Motiff production.

The video was shot in Lagos Nigeria by TG Omori during Khali's recent trip when he also attended the Soundcity MVP awards. Check it out: