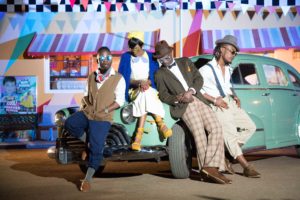 Tanzanian power vocalist Ruby has teamed up with the latest Tanzanian afro-pop music group: The Mafik, in new banger “Niwaze” – taking Tanzania by storm! Get the song produced by Yogo beat production here:

Ruby is also under the new management of KING EMPIRE who also manage The Mafik. We can’t wait to see what she has in store for us with the new signing but for now enjoy their retro music video:

Ruby is a Tanzanian music sensation on the rise. When she released her debut single “Na Yule” very few thought she would wise so fast. More is to come, as she is also represented by Born To Shine A&R.