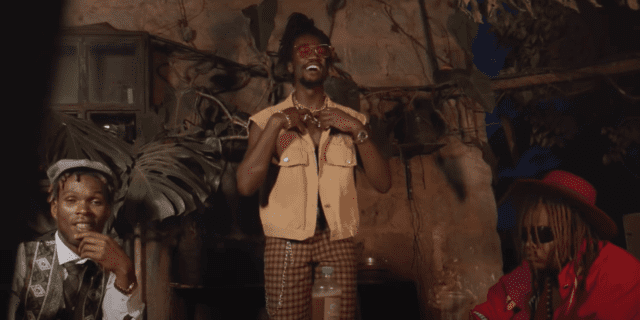 The trio release a head bopping Gengetone beat on which they each drop stupendous bars about a certain lady, Wanjiko who has caught their attention at a turn up.

The official music video showcases the rappers having a good night with their whole gang while they each take a turn at dropping rap flows.

This track is produced by Motif Di Don while Rabala & Hulk Omondi shot and chopped the official music video.