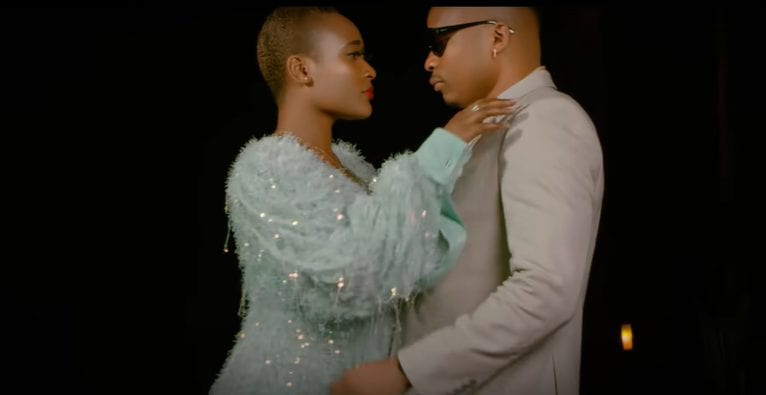 The pair bring forth an upbeat love song which celebrates a saintly kind of love that exists in couples that choose each other above all.

Otile starts out the track by delivering sultry vocals, after which Jovial also joins feeding off the positive energy.

The two also go the extra mile and deliver a dramatic storyline, by enacting a scene where they have to fight other people in order to save each other’s lives which is symbolic in love where you have to choose to fight for your love amidst all the distractions that may come by.

The Kenyan R&B crooner went out of his comfort zone of singing Swahili love songs with this track which received its praises from a fan who quoted that Otile will take Kenyan music to international heights.

Otile has been quite consistent in the new year with major hits with artists such as Tanzania's Alikiba, Kenya's Nadia Mukami and even Nigerian star, Kizz Daniel.

The song is produced by Jamaican producer, SDMG X Yonas-K  with Vicky Pondis mixing and mastering.