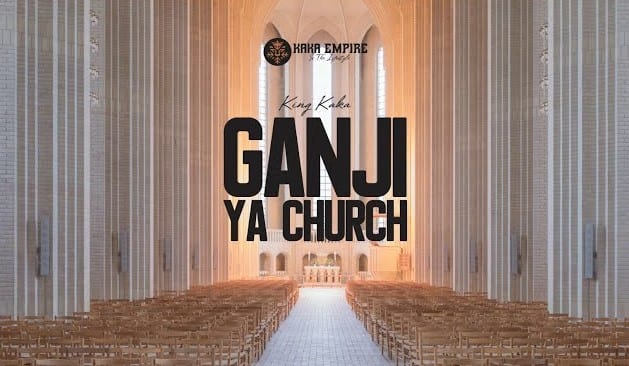 Ganji is Kenyan slang to mean Money. In this single, King Kaka speaks on the frustration of the Kenyan youth brought about by the current church system which has created wealthy men of God and a poor congregation.

‘Ganji ya Church’ evokes the believers to rethink and question some taboo topics in the church like why most pastors are getting wealthy and the poor congregation continues to get poor.

The first episode in the Ganji  series which is dubbed ‘Ganji’ is sung from the perspective of two graduates; one graduate who was recently employed and the other one who is a thug due to lack of employment.

The second episode ‘Tunajua Ganji’ addressing the atrocities of the political class. The song is rapped from the perspective of two youths posing as thieves who have decided to stop a political leader in their area and get answers as to why there are no jobs which he promised them during the campaign period.

The third episode ‘Ganji ya Love’ which was released a few days ago addresses the negative effects of mismanagement or lack of money on a long-term relationship.

Provoke & The Other Guys produced this insightful track while the official music video is shot and directed By Dambiz & King Kaka.