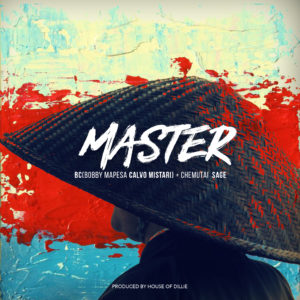 Bobby Mapesa and Calvo Mistari: BC release a new smash single: “Master” featuring Kenyan power vocalist: Sage. The song produced by Dillie is a cool anthem to going hard on our day-to-day hustles and shutting down naysayers.

The video, directed by Odibz of Team Mistari, is simply neat and it features the sassy Olive Karmen. MASTER—the seventh single off BC’s successful debut album released in 2017 was mastered at Decimal Records by Eric Musyoka: the legendary Kenyan music producer.