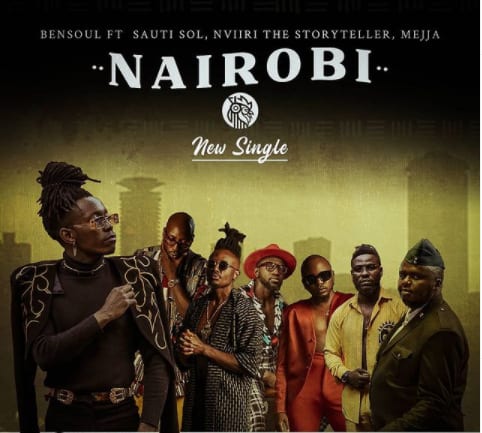 Kenyan soul star, Bensoul joins forces with Sauti Sol, Nviiri The Storyteller and Mejja to give you "Nairobi".

The singers address the dating experience in the fast paced city that is Nairobi, letting the listeners know that they should fear Nairobi due to all the entanglements.

The harmonies on this single make it easy to listen and internalise the message. Mejja also comes through with lyrical finesse on the Rhumba infused track making it an absolute groove.

The official music video is a vintage inspired film that takes you inside Nairobi in its early days with the contrast of the current dating culture.

This single is produced by SoFresh254, Bensoul & Savara while the official music video is shot and directed by Roadman.