The Official DJ of Diamond Platnumz Rj The Dj has finally unveiled the tracklist of his upcoming EP known as ‘The Weekend’ EP which is awaited by fans.

Rommy Jones who is popularly known as Rj The Dj has recently shared the tracklist of his highly anticipated EP known as ‘The Weekend’ which is expected to drop on April 30th, 2022. The EP sees the famous DJ collaborating with different music talents such as Dash, Zuchu’s official DJ Kidy Lax, Lilly, Mabantu, Taarab singer Isha Mashauzi, and South Africa’s Ntosh Gazi. 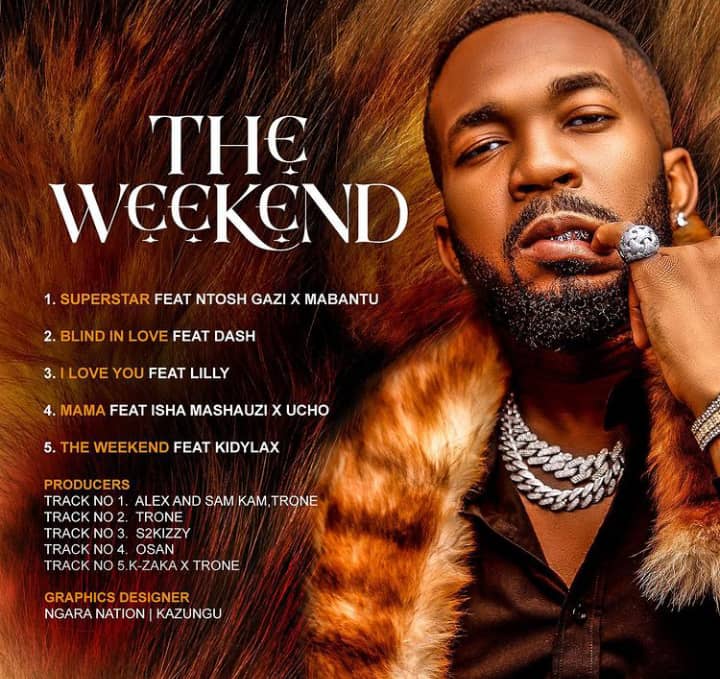 The EP also sees the WCB Wasafi vice president working with different music producers such as Osan, Alex & Sam Kam, music certified zombie s2kizzy, and Trone who is known for producing lots of hits in Tanzania including Sukari by Zuchu which brew a storm in East Africa in 2021.

RJ The Dj shared the tracklist on his Instagram and music fans seemed so excited about the project which is Rj’s second studio effort after releasing his debut album in 2020 titled ‘Changes‘ which was critically acclaimed and well-received by fans.