Being one of the most used music streaming services in Tanzania, Spotify has recently released its annual chart of the most streamed Tanzanian artists on its platform, which in the recent period has extended its reach in the Tanzanian music market.

In its annual report, Spotify has finally unveiled the list of the most streamed artists in Tanzania on the platform. The list which has been highly anticipated has solved the puzzle of which artist in Tanzania had the best year.

Diamond Platnumz has topped the list as he becomes the most streamed artist on Spotify in 2022, followed by Harmonize who recently released "Made For Us" while The Kid You Know, Marioo, held the third position. 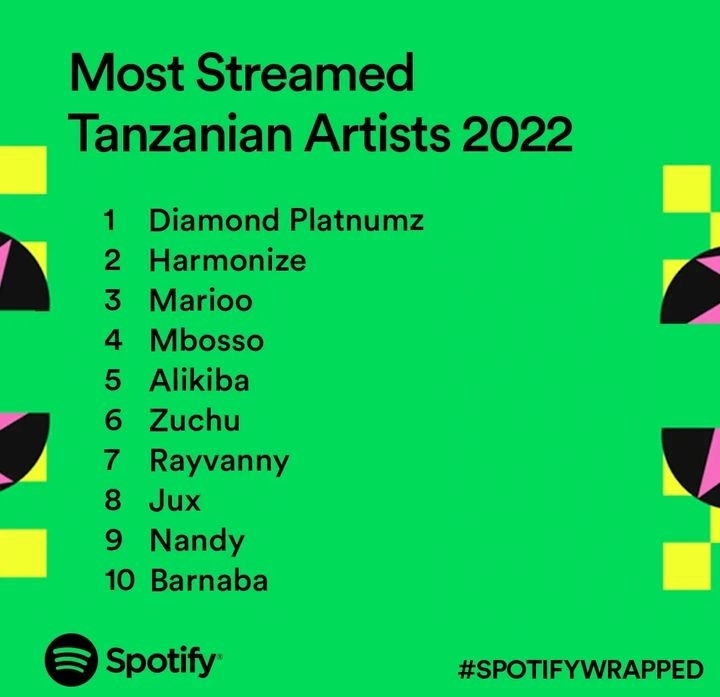 Mbosso and Ali Kiba held the 4th and 5th position respectively while Zuchu, the most subscribed female artist in Sub-Saharan Africa on YouTube, held the 6th position. Other artists on the list include Rayvanny, Jux, Nandy, and Barnaba Classic who shook the Bongo Fleva music industry in August with his classic album "Love Sounds Different".